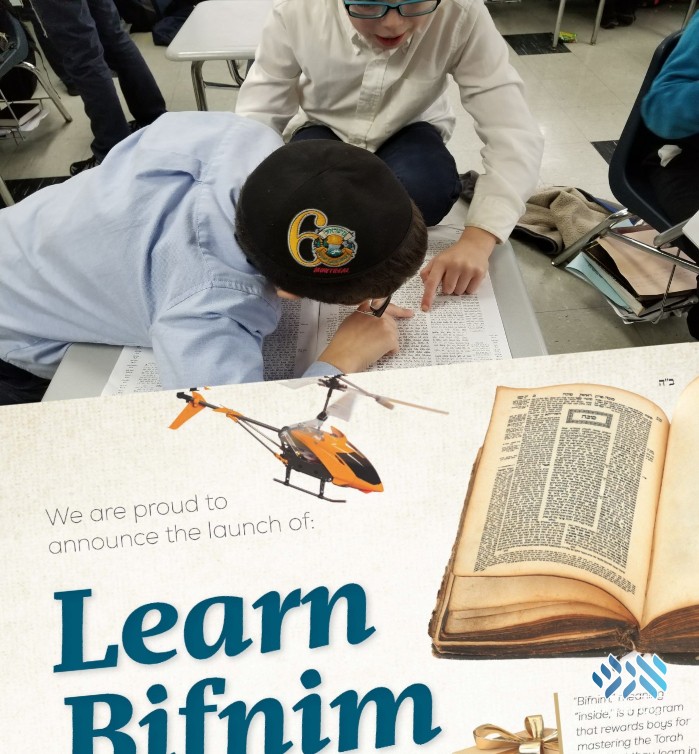 With students learning outside of their classrooms, Igud Hamelamdim stepped up their initiative to encourage boys to review and master Torah texts inside.

When Igud Hamelamdim launched the Bifnim program three years ago, they sought to boost students in classrooms across the country who struggled with mastering the texts of learning.

They found students of all levels who were fluent in the topics discussed in class but could not translate and explain the words on the page. Through an incentivized review curriculum, hundreds of students from 10 schools were motivated and trained in learning Gemara from a Gemara.

Today, as classrooms take place virtually, the challenge of mastering the text has become even greater. Students are not in the classroom setting, and teachers are mostly busy trying to hold the kids’ attention. The need for a review program is greater than ever before.

To this end, Igud Hamelamdim launched a new-month long worldwide initiative for boys grades 2-7 called “Learn Bifnim and Win!” Unlike the year-long program which is by school subscription only, this program is open to boys in schools everywhere. And it’s not just Gemara; Chumash and Mishnayos are counted too.

To participate, a student must simply record himself on a dedicated hotline as he reads and translates for 5 minutes what he learned in class. Each additional 5 minutes, whether in Chumash, Mishnayos, or Gemara, earns another entry into the raffle. In addition, extra prizes will be earned for steady participation.