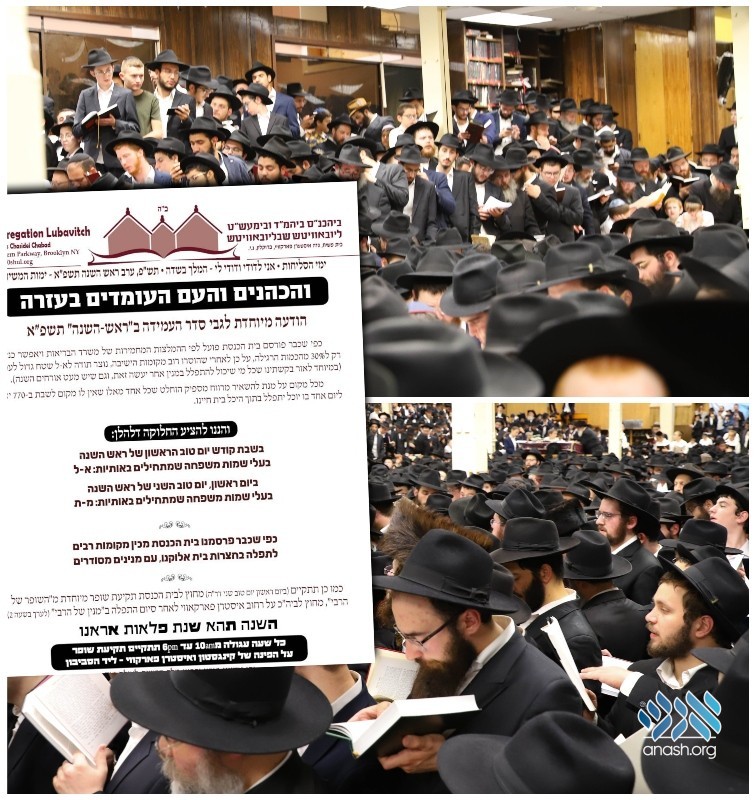 To allow for proper social distancing in 770, benches were removed and standing room will be limited as well, with everyone allowed to come only for one day’s shacharis.

Following an earlier announcement by 770’s gabboyim regarding COVID regulations for the Shul, they have released a second set of guidelines addressing the standing room and those who do not have a seat.

“After removing most of the benches, and in light of the fewer guests this year, and the many who will be davening on other locations, there is a much bigger space for standing in 770,” they wrote.

“Nevertheless, to allow for enough room between people, it has been decided that every person who does not have a seat in 770 can choose only one day to daven in the big shul.

“We suggest that the mispalelim should be divided as follows: The first day should be those whose last names begin with the letters Alef to Lamed.

“The second day, those whose last names start with Mem to Tav,” they wrote

The gabboyim reminded everyone that there will be a large minyan outside with enough room for anyone who wishes to daven there. In addition, R’ Sholom Tenenbaum, the Ba’al Tokea of the main minyan, will be bringing the Rebbe’s shofar outside 770 on the second day of Rosh Hashana, following the main minyan.