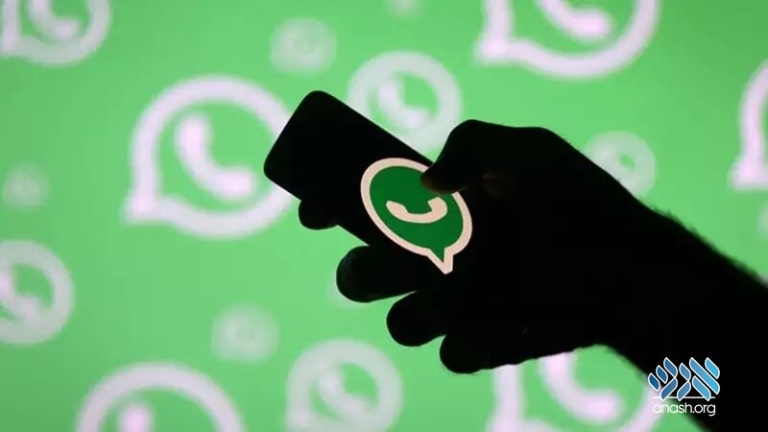 I am on an international WhatsApp group chat, and some of the participants are not yet Frum. If they text or post media items when it was Shabbos for them, may I read or watch them since it is after Shabbos in my own location? Also, can I text or post media items when it is Motzei Shabbos for me, even though I know that it might be read by other participants for whom it is still Shabbos, and they might even respond to it on Shabbos?

The answer to the first question is rooted in the Halachic principle of Maaseh Shabbos, which concerns the by-products of Shabbos violations. In a nutshell, the core rules relevant here are as follows:

If a non-Jew performed Melacha on Shabbos for the sake of any Jew, Chazal decreed that no Jew in the world may obtain any benefit until the time frame of bich’dei sheya’asu elapses, which refers to the amount of time it would have taken to do the Melacha after Shabbos. For example, if a gentile cooked pasta for a Jew on Shabbos, and it took ten minutes to do so, it may not be eaten until ten minutes after Shabbos. Nevertheless, if the non-Jew performed the Melacha for his own sake, or for the sake of other non-Jews (without the possibility of extra accommodation for a Jew), there are no restrictions, and a Jew may benefit immediately – even on Shabbos.

If the one who performed the Melacha on Shabbos is a Jew, Chazal decreed that it is forbidden for the entire Shabbos, as it is improper to benefit on Shabbos from its desecration. However, one may derive benefit as soon as Shabbos is over.

The only exception is that the perpetrator himself may not benefit from his Melacha forever, and even then, only if he did it B’meizid – purposefully. The Magen Avraham (318:2) posits that if the perpetrator committed the Shabbos violation expressly for the sake of others as well, they assume the same status as the perpetrator, and the result of the Melacha (when performed purposefully) becomes eternally forbidden for them as well. However, the Magen Avraham goes on to say that the Beis Yosef (Yoreh Deah 99:5) is lenient in this regard. The Alter Rebbe rules leniently in Shulchan Oruch (318:1), but seems to embrace the stricter approach in his subsequent Kuntras Achron (503:2).

It emerges that Chazal treated the Melacha of a Jew more leniently than that of a gentile. This is because there is greater concern that a Jew would tell a gentile to perform Melacha on Shabbos, even if only to have it ready as soon as Shabbos is over, and Chazal sought to disincentivise this by requiring sufficient time to have passed for the work to have been performed after Shabbos. However, they were not concerned that a Shabbos-observant Jew would encourage other Shabbos-observant Jews to violate Shabbos, for surely every Jew would recognise the gravity of soliciting such a severe transgression, and furthermore, the Jew being solicited would certainly not heed the request. There is therefore no need to forbid the result of a Jew’s work once Shabbos is over.

What about the by-product of a Melacha performed by a Jew who is not yet Frum, and who regularly desecrates Shabbos? The question is twofold:

1. Is his Melacha treated like the Melacha of a non-Jew, or of a Jew? On the one hand, we would like to think that no Shabbos-observant Jew would encourage him to violate Shabbos, but on the other hand, if he were indeed solicited, the unfortunate fact remains that he would likely have no reservations in doing the Melacha on Shabbos.

2. If we accept that his Melacha is treated like that of a Jew, do we regard his desecration as a wilful Meizid, given his basic knowledge of Shabbos, or is he treated as an inadvertent Shogeg (unwilful), being that he does not appreciate the magnitude of keeping Shabbos?

Many authorities take a more lenient approach, by treating the Melacha of a Shabbos violator as that of a Jew, and furthermore, by asserting that the Shabbos violator is a Shogeg because he is akin to a Tinok Shenishba, who is not to blame for his lack of knowledge. This approach leads to the most lenient result, rendering his Melacha permissible to every Jew as soon as Shabbos ends, even for the Jew for whom the Melacha was done.

Rav Moshe Feinstein (Igros Moshe 1:33) writes that it is difficult to place all Shabbos violators in the category of a Tinok Shenishba, for even if their knowledge may be greatly deficient in other areas, most will have a basic awareness specifically about the importance of Shabbos, and would therefore need to be regarded as Mezidim in this matter. There is still some leniency in this approach in that, for most people, the Melacha will be permitted as soon as Shabbos is over. The stringency of this approach, however, is that the Melacha will be forever prohibited for the perpetrator himself, and according to some opinions, also for any other Jew for whom the Melacha was done.

Taking all these opinions into account, what should be done in practice? It is commonly accepted to wait bich’dei sheya’asu for the Melacha of a Shabbos violator. However, if the work was done at the direct behest of the observant Jew, he may not derive any benefit from it forever. Similarly, if the Melacha is of an inherently ongoing nature (such as a Jewish-owned restaurant that cooks food on Shabbos), no benefit may ever be derived from the Shabbos violation.

There is an important caveat to all of the above. Waiting bich’dei sheya’asu becomes inapplicable for something that cannot be replicated after Shabbos. An example of this is when someone filmed a one-time “in the moment” event that transpired on Shabbos, which cannot be replicated (to the same degree) after Shabbos. According to many poskim, it would be eternally forbidden to watch such a video if it was recorded by a non-observant Jew, or similarly, if it was recorded by a gentile solely for the sake of a Jew.

To summarise all of the above, and how it pertains to Whatsapp and other social media channels: If the sender was a gentile, the matter depends who his target audience was. If it was directed at other non-Jews (without the possibility of extra accommodation for a Jew), then a Jew may benefit as soon as Shabbos ends. However, if it was directed at a Jew, all Jews must wait the time frame of bich’dei sheya’asu. Similarly, if the sender was a Jew who is not yet Frum, the time frame to wait is bich’dei sheya’asu, unless the observant Jew asked that the text be sent on Shabbos, in which case he cannot ever derive benefit from it. [Given the relative speed with which items can be posted, bich’dei sheya’asu will generally not amount to a very long time.]

All of this applies to texts and other content that could have easily been generated after Shabbos. However, pictures or videos taken on Shabbos, which cannot be replicated after Shabbos, remain prohibited forever, unless it was taken by a non-Jew for the sake of a non-Jew.

As to the second question, regarding whether you can text or post media items after Shabbos when it is still Shabbos for the recipient, let us note as a starting point that it is permissible to cause a Melacha to occur in a place where it is Shabbos. For example, a person in Australia may send a fax on Motzei Shabbos to the USA, causing the fax machine to print a document in the USA, even though it is still Shabbos there. Similarly, it is permissible to phone a gentile in the USA and ask him to perform work for you. [This is the majority accepted opinion, although there are some Poskim who are strict.] Accordingly, the actual act of posting social media content is not inherently problematic.

Nevertheless, when the person you are communicating with is not Shomer Shabbos, you should not text him or post media items when there is any possibility that he will read it when it is still Shabbos for him, especially if he might respond. This is due to the Biblical prohibition of lifnei iver (placing a stumbling block before the blind) and the Rabbinic prohibition of mesaye’a (assisting someone’s violation of Halacha). It may also be a chillul Hashem (desecrating Hashem’s name), as your willingness to communicate when it is still Shabbos for him can appear as if you are thereby tacitly accepting of his Shabbos violation.

In truth, these latter concepts (lifnei iver, mesaye’a and chillul Hashem) are also relevant to the first question as well, as the non-Frum person might be more encouraged to text you or post media items on Shabbos when he knows that you will read it as soon as Shabbos is over for you. If there is any chance that this is the case, you should not access the WhatsApp chat even after the time frame of bich’dei sheya’asu, until Shabbos is over for all of the chat’s participants.

Note: Although this answer addresses WhatsApp specifically, the same Halachic concepts govern Shabbos violations involving other types of media and social media activities, including (but not limited to) Email, Facebook, Twitter, YouTube, online news articles and so forth.