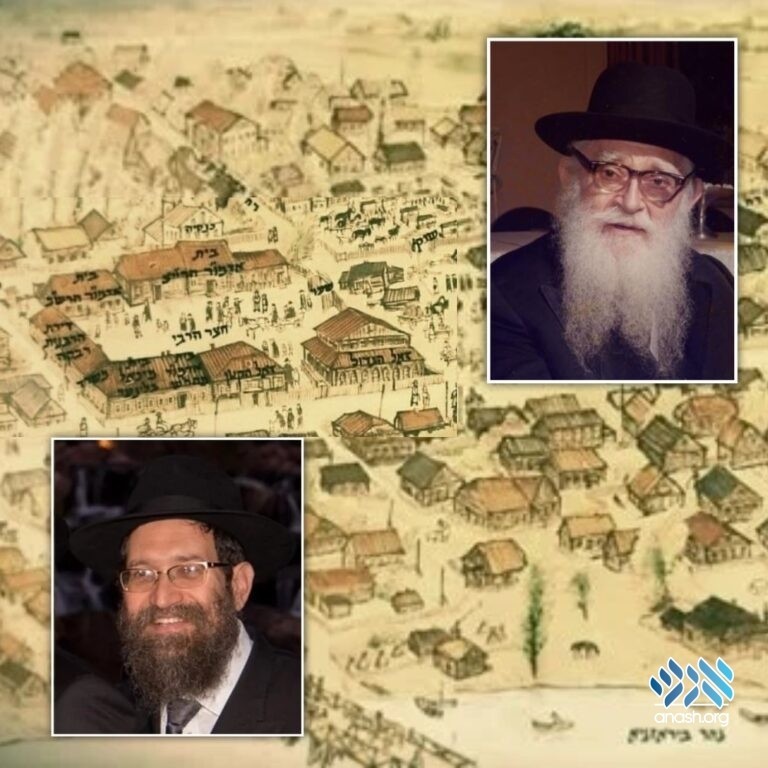 Article by Rabbi Shimon Posner: Over 100 years ago, my grandfather was set to go to the Volozhin Yeshiva; an encounter with a tomim changed that. But what, indeed, was unique in Lubavitch?

Over a hundred years ago, my great-grandfather, Reb Moshe Kazarnovsky, wanted his young son, Shlomo Aharon, to go to yeshiva; the Volozhin Yeshiva, sometimes referred to as the mother of all yeshivas. Reb Moshe was a Chabad chosid, had been all his life it seems, and though there already was a Lubavitch yeshiva for some ten-fifteen years, Lubavitch was not his preference. I can’t go back in history and know his reason, but Volozhin was well established and certainly had much to offer.

One Shabbos, two students of Lubavitch came to the Kazarnovskys native city of Mogilev-Guberna, temimim they were called and their presence caused a stir. What was it exactly about them that caused the stir my grandfather did not spell out for me. But he was mesmerized by their presence, and did not take his eyes off of them the entire Shabbos. Sunday morning one of the temimim strode over to the young Shlomo Aharon and pronounced “Es zet zich ois az du bist a yorei shomayim, tomer du vilst oisvaksin a mensch, zolst-tu forin in Lubavitch”, turned and strode away. Seems that you’re a G-d fearing person, if you want to grow up to be a mensch then go to Lubavitch. My grandmother told his mother, Shifra (I believe her maiden name was Elkonen) and she hired a wagon and driver and brought him to Lubavitch. You may know the story but today my mind turns to the tomim and his message.

Who this tomim was, I do not know. If my grandfather knew, he didn’t say. In my mind he is intense, with spare build and regal bearing. His every word counts: his actions are precise. But all this is in my mind

What did he mean that someone who fears G-d belongs in Lubavitch? Volozhin had earned its credentials as an institution that put faith before function. When detractors won czarist support to change the curriculum, the yeshiva closed rather than submit to government interference with a sacred curriculum.  If this is not yiras shomayim than what is? Why then Lubavitch?

But Lubavitch – Tomchei Temimim was the official name – did offer something unique in the fear of G-d, or as my father put it once in the vernacular, reverence.

The basic understanding at the time was that Talmud was to be studied, its methodology absorbed, its wide-ranging rulings classified and the common denominators recognized. It was a discipline honed by centuries and for at least a century ensconced in a curriculum. It was – and is – a rigorous discipline.  Ethics, philosophy, the geist of Judaism was certainly to be studied at times in texts but mostly to be gained by osmosis, by being in the presence of those who conducted their lives with a (perhaps otherworldly) spirit and by learning from these examples one would learn to stand for what they stood and in turn to inspire others to do the same.

Lubavitch presented the novel idea that fearing G-d is a discipline, an intellectual discipline, and as such deserves and demands a full curriculum with texts explaining this reverence, with lectures that extrapolate form these texts to a wide variety of situations. With teachers who supply metaphors to facilitate a challenge to the environmental zeitgeist, the innate world perception and the default self-conscience.

Rabbi Jonathon Sacks describes a fellow tomim who set things out for him on the first day he had transferred from Cambridge University to Tomchei Temimim – Kfar Chabad: “You are a student of Cambridge, so you know the world exists and you seek to understand G-d.  I am a student of Lubavitch so I know that G-d exists and I seek to understand the world.” The Yeshiva of Lubavitch was founded on making that sentiment a rigorous, lifelong discipline and not a one-up turn of phrase.

Was it because of this novel curriculum that Lubavitch reacted differently than other yeshivas that fell under the Communist regime? I do not know. But history testifies that Lubavitch defied totalitarian overbearance not only as an institution but among its alumni and student body. And history is compelling.

I write this on the Fifteenth of Elul, the day Lubavitch the Yeshiva was founded. I find myself thinking of the Unknown Tomim who approached my zaide. His words ring with precision, the call of Lubavitch: if you want to be in a relationship with G-d then start studying. And any serious student will tell you that study demands consistency, masters, the company of fellow searchers, money and the capacity to grow outside of the laboratory of academia. This was Lubavitch. This is Lubavitch.

And temimim are to be neiros lehoir, people who themselves are consumed with a passion that radiates from them and that others find compelling so the passion becomes their own. And the process continues so long as the most recent recipient applies themself to the full rigor and discipline which bears a slow and steady passion that cannot be mitigated by any environment.

Thank you, Tomim, whoever you were. I hope you married someone who shared and appreciated what you stood for. I hope you had children and you were able to see them carrying your standard forward. I hope you weren’t gruesomely murdered or sadistically imprisoned. You’ve long been in a truthful place, but even within my existence it is evident that you did well. Thank you, on behalf of a grateful grandson.