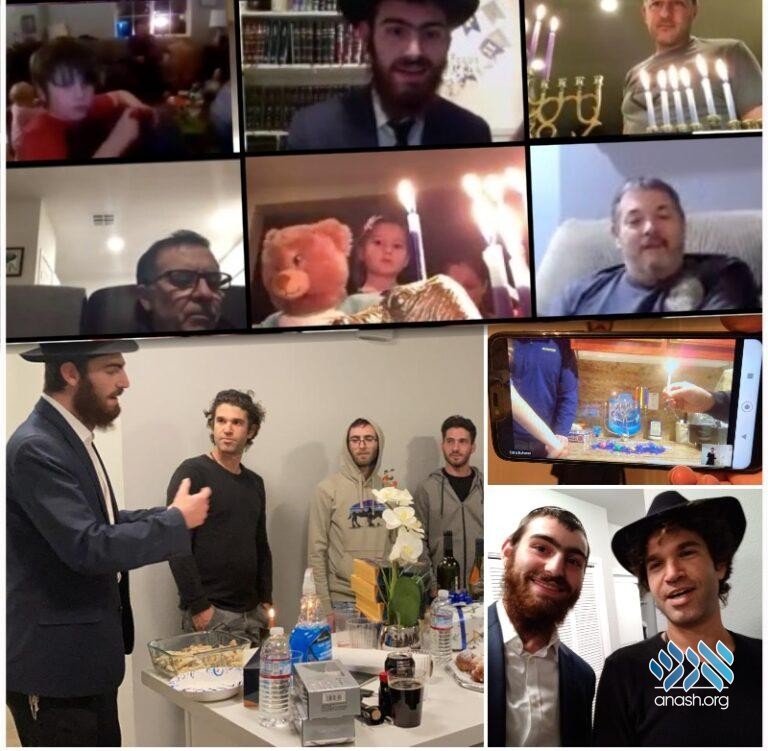 Rabbi Levi and Faigy Meijers haven’t yet moved on shlichus to Tracy, California, but they already touched many of the Jewish residents with a visit and a grand virtual event.

Rabbi Levi and Faigy Meijers haven’t yet moved on shlichus to Tracy, California, but they already touched many of the Jewish residents with a visit and a grand virtual event.

The Meijers were recently appointed as new Shluchim to Tracy, to serve the needs of the city’s growing Jewish population, and are planning on moving there in the near future. But when Chanukah came around, they knew they had to give a jumping start.

Heading for a week to Tracy, the new shluchim spent their time there connecting with Jewish families around town, delivering Chaunkah boxes complete with Menorahs, candles and other holiday treats.

What about a public menorah lighting, a staple to finding new Jews? In a normal year, it would be a given, but with COVID-19 hitting California hard, it was out of the question. Instead, the Meijers decided to host a virtual event.

“The turnout could only be described as ‘crazy’,” Rabbi Meijers told Anash.org. “Tracy is a small town with a even smaller Jewish population, but we still had tens of people join or virtual menorah lighting.”

The local press picked up on the excitement as well. They contacted Rabbi Meijers, and published a complimentary article describing Chabad and the Rebbe, and informing of upcoming Chabad events. The shluchim also received numerous messages on social media, thanking them and welcoming them to the city.

At the end of Chanukah, the shluchim met tens of local Jews, and got leads for many others. In the next few months, they will be completing their move to Tracy and building on the connections started during Chanukah, and reaching out further until they bring the light of Yiddishkeit to every Jew in Tracy and beyond.

Please donate to help the shluchim as they start out on their new shlichus.
CahsApp – cash.app/$JewishTracy
PayPal – paypal.com/paypalme/levimeijers