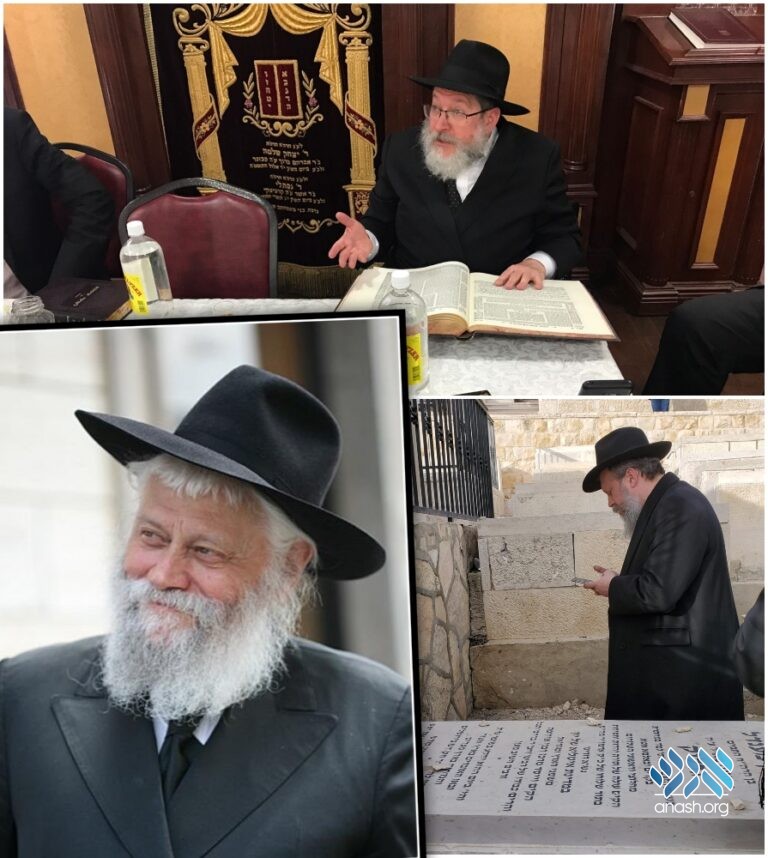 The first yahrzeit of renowned Milan Shliach Rabbi Gershon Mendel Garelik was marked with visits to his gravesite, as well as with the conclusion of the entire Shas, studied by students and admirers.

The first yahrzeit of renowned Milan Shliach Rabbi Gershon Mendel Garelik was marked with visits to his gravesite, as well as with the conclusion of the entire Shas.

Rabbi Garelik, who passed away on Rosh Chodesh Adar last year, served as the shliach and rov of Milan, Italy for over 60 years. He built a empire of shlichus in Italy, establishing tens of mosdos and bringing thousands back to Yiddishkeit. He also was the founder of Merkos Rabbonei Europe.

Following his passing, the entire Shas was divided by between the Rabbonim of Merkaz Rabbonei Europe, family members, students and admirers. On Wednesday, the first yahrzeit of Rabbi Garelik, a Siyum Hashas was made by his son Rabbi Levi Garelik, who concluded Maseches Nida in Gemara and Maseches Uktzin in Mishnayos, concluding the entire Shas, Gemara and Mishnayos.

In a conversation with Anash.org, Rabbi Levi Garelik explained that dividing and finishing Shas was seeen as a fitting tribute.

“My father was very ‘into’ the Rebbe’s Hayom Yom, and made sure to follow every minhag brought in the sefer, including some that are generally overlooked. In the entry for Tes Shvat, the Rebbe records that the Rebbe Rashab, when he was an ovel, concluded Mishnayos for the siyum hakaddish and made a siyum on Shas for the yahrzeit. In line with that, I felt that it would be fitting to make a Siyum Hashas in my father’s memory,” he said.

In Eretz Yisroel, the yahrzeit was marked with visits to Rabbi Garelik’s gravesite, with a group of men being led by Rabbi Yossi Garelik of Crown Heights, who recited kaddish. Students, shluchim and chassidim also visited the grave throughout the day.