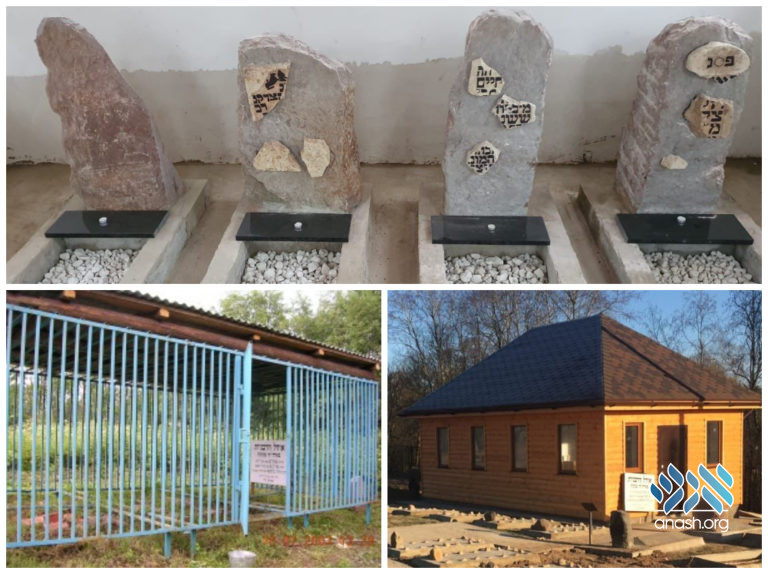 In the week of Chof Beis Shevat, yahrzeit of Rebbetzin Chaya Mushka, renovations were completed on the Ohel of the Rebbetzins, including her namesake, in the town of the Lubavitch.

Just days after marking the yahrzeit of Rebbetzin Chaya Mushka, the renovations were completed on the Ohel in Lubavitch where her predecessors, including her namesake, are buried.

The only exception to the above rule was Rebbetzin Rivka, wife of the Rebbe Maharash, who was buried by the outer wall of the Ohel of her husband. In Reshimas Devorim of Rabbi Yehuda Chitrik, he relates that the reason for the change was that the Rebbe Maharash’s first wife, who passed away young, was buried near the other women of Beis Harav.

For many years, the cemetery in Lubavitch lay barren, with trees and shrubbery covering most of the area that had, for generations, been considered hallowed ground. It took decades for the Ohel of the Tzemach Tzedek and the Rebbe Maharash, destroyed by the Nazis, to be rebuilt. It took many more years for the kevarim of the Rebbetzins, wives of the Rebbeim, to be found.

At first, only a small gate-like structure was built around the kevarim and the headstones remained buried under layers of earth. Recently, however, with the rehabilitation of the entire cemetery of Lubavitch by shliach Rabbi Gavriel Gordon, the Rebbetzins’ Ohel underwent a renovation as well.

The new structure is a respectable building, with the actual kevarim clearly marked, as befitting these righteous women. The rebuilding of the Ohel, and the rehabilitation of the entire cemetery of Lubavitch, is being completed with the generous support of Reb Yosef Yitzchak and Batsheva Popack.

In addition, work is continuing at a fast pace to rebuild the chotzer of the Rebbeim. On Tuesday, Rabbi Yitzchak Kogen visited Lubavitch to supervise the wood being chopped for the buildings. The eventual plan is to have the chotzer at the same stage it was when the Rebbe Rashab left Lubavitch, with the reconstructed buildings standing in the exact places where Tomchei Tmimim complex and the houses of the Rebbeim stood.