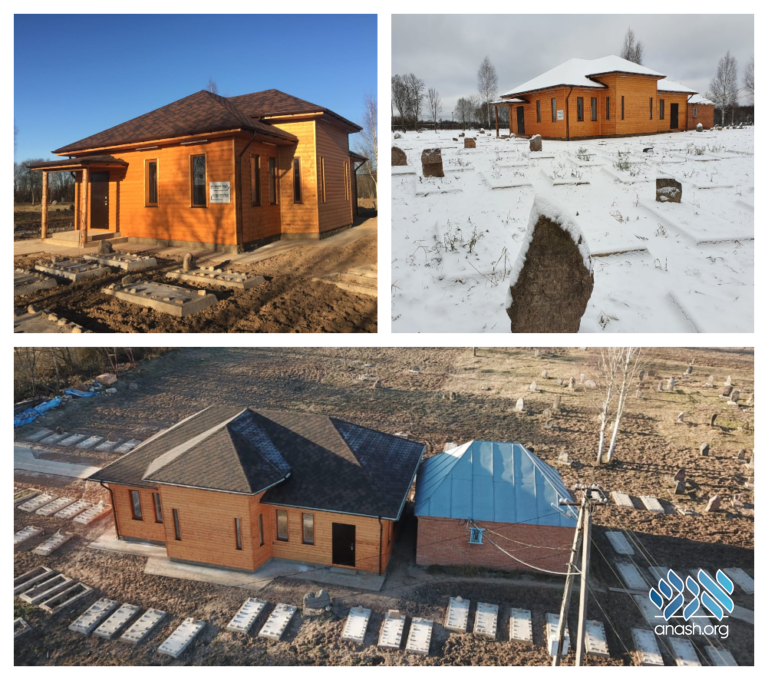 Recent archaeological discoveries in the town of Lubavitch reveals a centuries-old custom of having a shul near the Ohel.

Recent archaeological discoveries in the town of Lubavitch have yielded exciting discoveries and reveals a centuries-old custom of chassidim.

Following World War II, the city of Lubavitch was a desolate town with few residents and fewer visitors. The chotzer of the Rabbeim was an empty wasteland, and even the Ohel of the Tzemach Tzedek and the Rebbe Maharash was destroyed.

In 5750/1990, that the Ohel was rebuilt by Rabbi Dovid Nachson and R’ Avi Taub. But it took many more years to purchase the land where the chotzer stood, and the reconstruction started this past year.

In recent years, Rabbi Gavriel Gordon, shliach to Lubavitch, has been fully invested in the project of rehabilitating the town. Among the many projects he started, he also began preserving and developing the cemetery in Lubavitch, containing the Ohel, kevorim of many members of Beis Harav, and famous Chabad personalities.

This past year, while searching for the many tombstones that became buried over the years, the team came across an exciting find.

In all the memoirs of the town of Lubavitch, there are descriptions of a shul next to the Ohel. In the turbulent years since the Rebbe Rashab left Lubavitch, the shul was razed to its foundations, and not much was known about it, beyond the written memories. While digging, the wooden floor of this very shul was found buried under layers of earth and garbage!

Since the discovery, the Shul has been rebuilt and is now close to completion. The construction of the first of the chotzer buildings is also in full swing.

This discovery of the shul points to a centuries-old minhag of Chassidim to daven in close proximity to the Ohels of our Rebbeim. In fact, the Ohel in Lubavitch was not the first Ohel to have a shul next to it.

The details mentioned in the Rebbe Rashab’s letter and the age-old minhag of Lubavitcher Chassidim are the basis for how the davening is conducted by the Rebbe’s Ohel since Gimmel Tammuz. There too, chassidim wanting to be in close proximity to the Rebbe, daven in the room next to the Ohel, especially on Shabbos and the Yom Tov, exactly as was done for over a century.