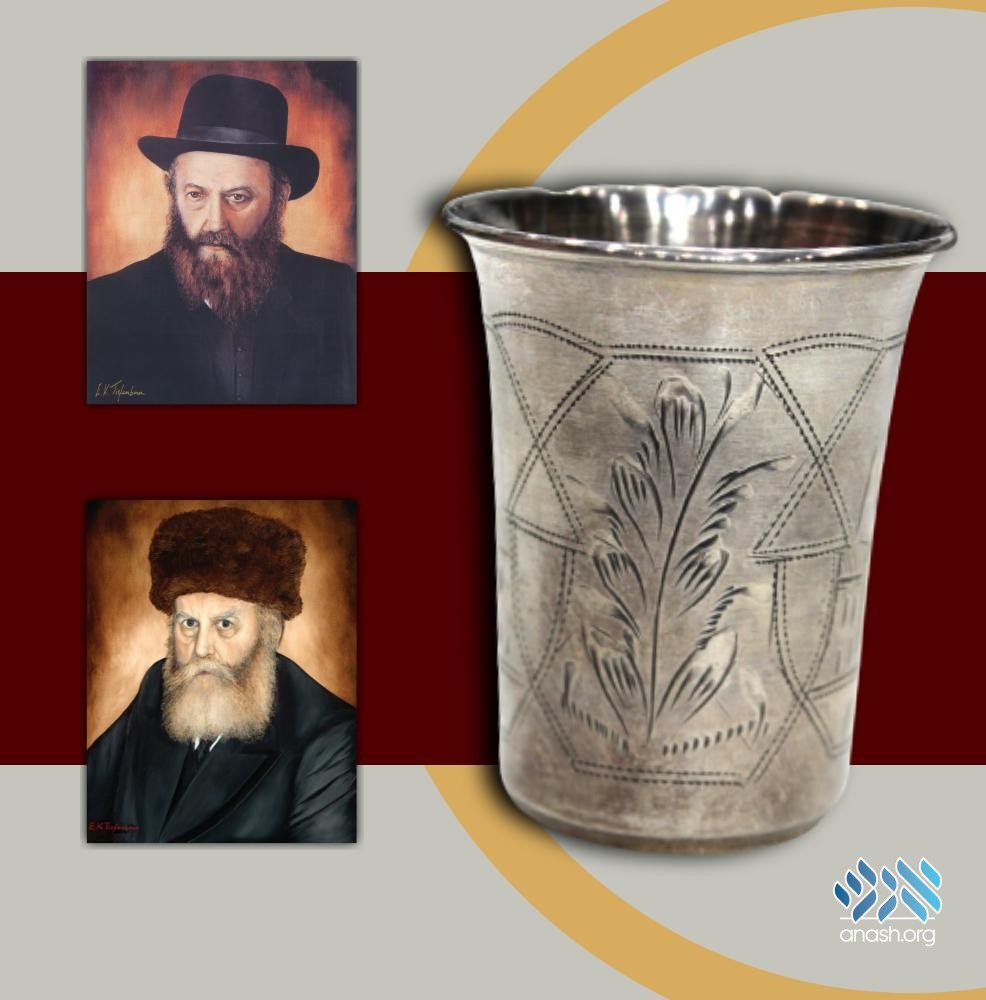 A becher used by the Rebbe Rashab, and later gifted by the Frierdiker Rebbe to his grandson, is being put up for auction, with an estimated final price of $20,000.

A becher used by the Rebbe Rashab, and later gifted by the Frierdiker Rebbe to his grandson, is being put up for auction, with an estimated final price of $20,000.

The becher was purchased by the Rebbe Rashab in Kyiv, Ukraine, and he used it to make Kiddush every Shabbos morning. After the passing of the Rebbe Rashab, his son the Frierdiker Rebbe inherited the becher, as his only son and heir.

At the 1936 bar mitzvah of the Frierdiker Rebbe’s grandson, who was named after the Rebbe Rashab, the becher was given as a gift from grandfather to grandson.

Years later, that same grandson gifted the becher to a certain individual who he was friendly with. He also gave that individual numerous artifacts that he had recieved from the Frierdiker Rebbe, including a camera and a ruble note. Having fallen on hard times, that individual is slowly selling off his collection, and the becher is the latest item to show up in an auction catalog.

The auction is being held by the Genazim auction house in Eretz Yisroel on December 8th, 2020. In addition to the becher, the auction house is also selling a letter of the Frierdiker Rebbe, where he strongly protested against two Lubavitcher chassidim who had placed a pushkeh in a Lubavitcher shul “for the Zionist activities.”