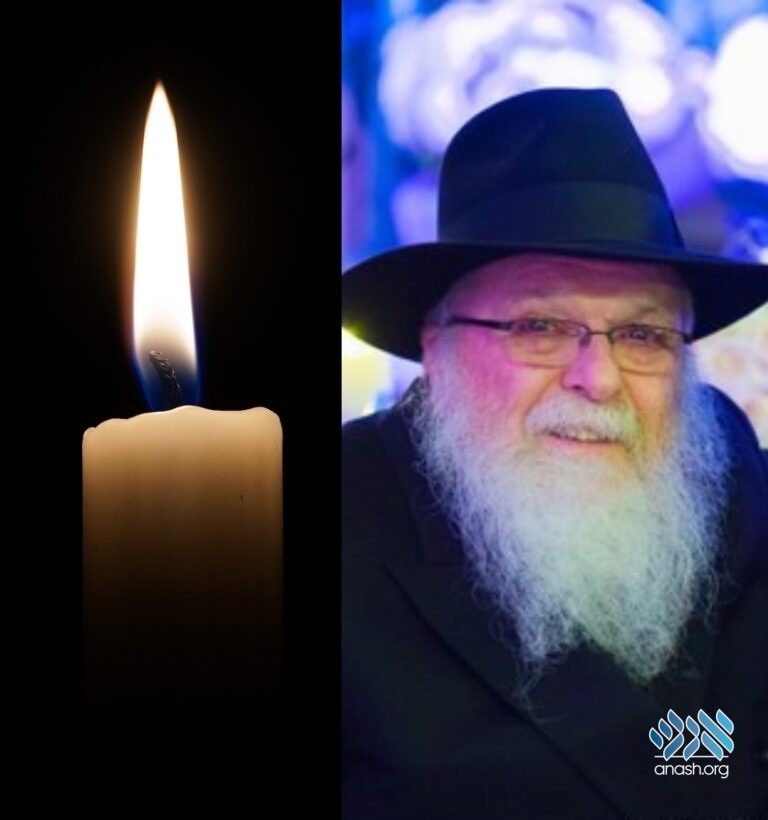 Rabbi Yossel Rosenfeld, who served as the Executive Director of Oholei Torah, the flagship Chabad school, and dedicated his life to the school, bringing it to new heights, passed away.

Rabbi Yossel Rosenfeld, who served as the Executive Director of Oholei Torah, the flagship Chabad school, and dedicated his life to the school, bringing it to new heights, passed away on Wednesday night, 19 Elul, 5782.

Yossel was born in 5693 to Reb Chanoch Henech and Miriam Rosenfeld, and attended Yeshivas Rabbeinu Chaim Berlin as a young boy, before transferring to the newly established Tomchei Tmimim Lubavitch in 5703.

In the spring of 5716, tragedy struck Kfar Chabad in Eretz Yisroel. A group of Fedayeen terrorists from Egypt infiltrated the village’s vocational training school and murdered five young students and their teacher as they stood in prayer in their classroom. The massacre traumatized the resident of the village, and many considered moving elsewhere. To encourage and uplift them, the Rebbe selected 12 bochurim to spend a month in Kfar Chabad, and chose Yossel to be one of the group.

After his return to the USA, he continued his studies in yeshiva for another year, before a shidduch was suggested with Malka Lokshin, daughter of Rabbi Mordechai Ber and Blumah Leah Lokshin. In 5718, they got married and merited that the Rebbe was mesader kiddushin at the chassuna.

On the following Shabbos, the chosson and kallah held their sheva brachos at the Rebbe’s farbrengen, together with the sheva brachos of Rabbi Berel and Batsheva Shemtov, who had also gotten married the previous week. The Rebbe mentioned the two chassanim in a sicha, and even said a ma’amar on topics related to a wedding. The Rebbe also publicly gave the two chassanim incredible brachos in their personal lives and in their shlichus which they were heading out to.

After their marriage, the couple served as shluchim to S. Francisco, California, before returning to Crown Heights where they both began working in chinuch, with R’ Yossel serving as a principal in Oholei Torah. He later began serving in the administration of the school alongside the founder Rabbi Michoel Teitelbaum.

Upon Reb Michoel’s passing in 5765, Rabbi Rosenfeld filled his position as Executive Director of Oholei Torah. Under his leadership, the mossad, which by then included a kindergarten, elementary, mesivta and beis medrash, grew and expanded to even greater proportions, becoming the largest Chabad school globally, and opening a summer camp, new campuses for mesivta and dormitories, and a slew of new projects.

He was predeceased by his wife Mrs. Malka Rosenfeld on 9 Iyar of this year.

The Levaya will take place on Thursday, beginning at Shomrei Hadas in Boro Park at 1 pm, continuing on to Oholei Torah at 2 pm and passing 770 at 2:30 pm.