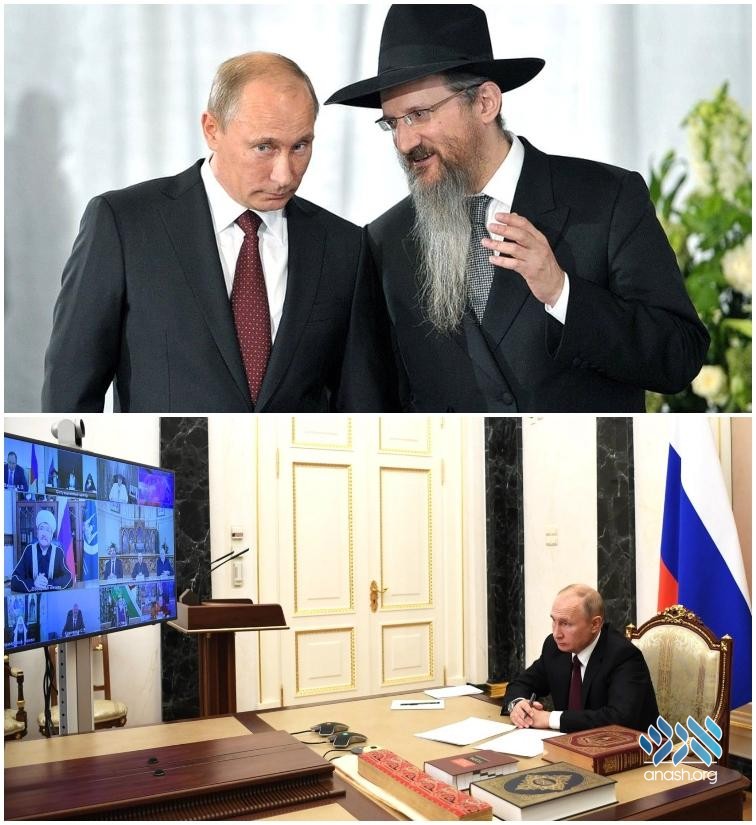 Recent reports have suggested that Russia’s President Vladimir Putin would be resigning in the near future due to poor health. Russia’s Chief Rabbi Berel Lazar denied the reports, saying in an interview that they were “unfounded rumors.”

Just in case you thought this year couldn’t get stranger, conflicting reports out of Russia have set some people on edge.

Earlier this week, it was reported in newspapers that Russia’s President Vladimir Putin is planning to step down in 2021. Some speculated that the long-time president may have Parkinson’s disease, and was encouraged to step down by family members.

In Chabad circles, the news was met with mixed reactions. Some recalled how Putin had stonewalled the return of the Schneerson Collection, refusing to allow the books that had been collected by the Rebbe Rashab and Frierdiker Rebbe to be returned to their rightful owners. A new president, they hoped, might be more flexible on the issue.

Others pointed to how the president showed his support for the Jewish community over many decades, allowing them to grow and flourish, and suppressing any expression of antisemitisim in the country. Who knows what policies a new president would bring, they worried.

On Friday, however, the Kremlin threw cold water Friday on the reports, denying there were any plans for Putin to step down.

Asked if Putin was planning to soon step down, Peskov said flatly: “No.”

Russia’s Chief Rabbi and Head Shliach Rabbi Berel Lazar, considered one of the closest people to the president, also flatly denied the reports in an interview with the Israeli Hamodia newspaper.

“[The report] is an unfounded rumor,” he said. “The president is in good health, and I can attest to that from a personal impression.”

“I met with the President just last week,” Rabbi Lazar said. “Of course under the circumstances, it was a long-distance meeting, but we had a conversation and the President seemed to be at his best.”

Rabbi Lazar was referring to a virtual Zoom meeting that the president held with religious leaders. At the meeting, a Russian translated Chumash, published by Chabad, was spotted on his desk.

“I do not claim to be a doctor, but at least from my impression, the president was relaxed, attentive and alert. Even before the Kremlin’s official announcement, I realized that the rumors were not based on reality,” Rabbi Lazar said.