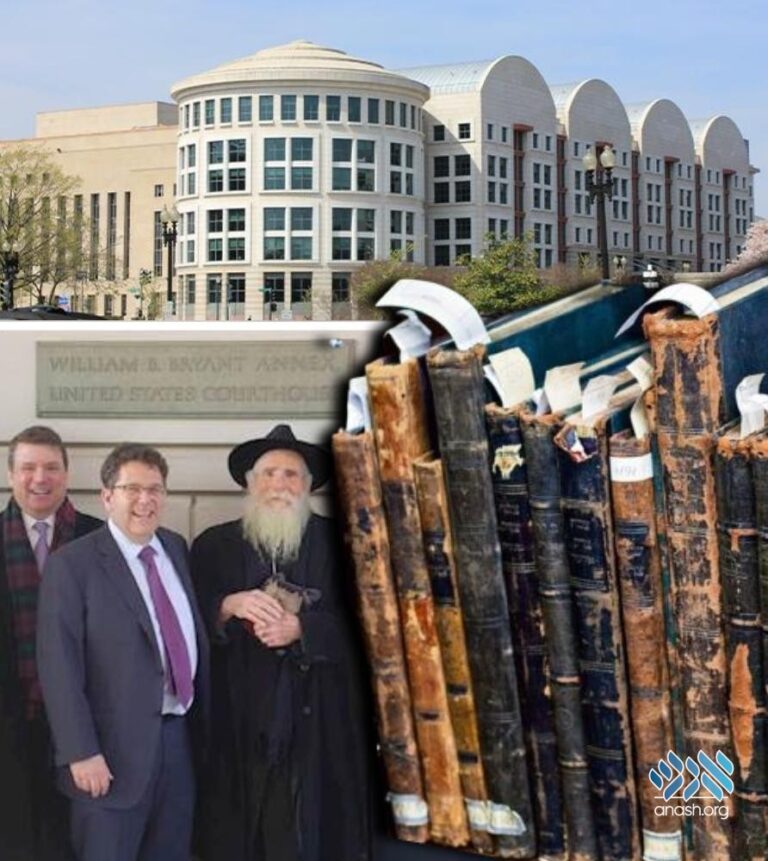 Agudas Chassidei Chabad was given permission to seize Russian assets in the United States to pay for sanctions for refusing to return the ‘Schneerson Collection’, a significant step in a decades-long battle.

Chabad scored a victory against Russia this past week, in a significant step in the decades-long battle for the ‘Schneerson Collection.’

The collection is library of thousands of books and manuscripts, collected by the Rebbe Rashab and the Frierdiker Rebbe. The books were transferred to Moscow by the Rebbe Rashab when he left Lubavitch, and after his passing, the Frierdiker Rebbe attempted to retrieve them, to no avail. After World War II, the Soviets nationalized the library, making it part of the Russian State Library.

Decades later, in 5748, the Rebbe appointed a delegation to travel to Moscow and attempt to identify and return the seforim. The delgation included Rabbi Sholom Ber Levine, Rabbi Nissan Mindel, and Rabbi Shlomo Cunin. In a later delegation, the Rebbe added Rabbi Yosef Yitzchok Aharonov and Rabbi Yitzchok Kogan as well.

Over the coming years, the delegation tried every avenue to have the books returned to their rightful owner, but were unsuccessful in each. In recent years, they turned to US Courts to sanction the Russian Federation for refusing to return the books.

In 5770, U.S. District Judge Royce C. Lamberth ruled in favor of Chabad, ordering Russia to turn over all Schneerson documents held at the Russian State Library, the Russian State Military Archive and elsewhere, and placing a $50,000-a-day civil contempt sanction on Russia until the books were returned.

Chabad then attempted to identify and seize Russian assets in the USA to pay the sanctions, focusing on Tenex-USA Inc. (“Tenam”), a Maryland based corporation that is owned by Russia’s state nuclear agency, Rosatom.

Tenam attempted to quash Chabad’s subpoenas, filing an appeal with Judge Lamberth. On Friday, the judge rejected the appeal, allowing Chabad to go ahead identifying and seizing the assets.