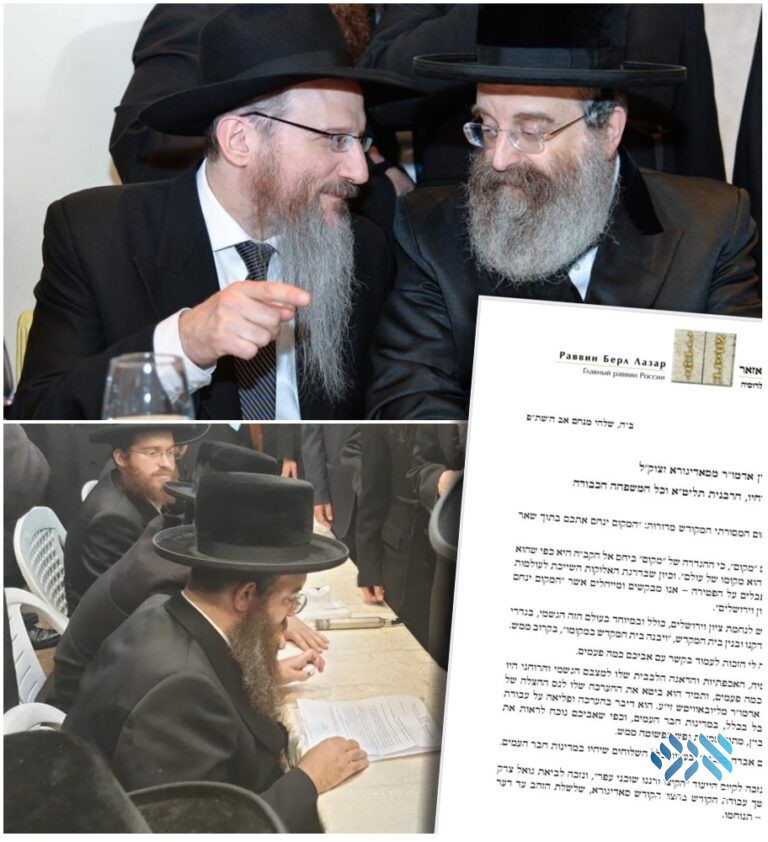 The Chief Rabbi and Head Shliach to Russia Rabbi Berel Lazar sent a letter comforting the sons of Sadigerrer Rebbe as they sit shiva after their father.

The sons of the Sadigerrer Rebbe received a special letter today from overseas, comforting them as they sat shiva.

The Sadigerrer Rebbe passed away on Monday. 21 Av after battling a illness. Like his father before him, he was a member of the Moetzes Gedolei HaTorah of Agudas Yisroel. He was known as a friend of Lubavitch and supported the work of shluchim.

In particular, the Sadigerrer Rebbe had a friendly relationship with yblch”t Rabbi Berel Lazar, Chief Rabbi and Head Shliach to Russia. They had met on a number of occasions, and the Sadigerrer Rebbe attended the sheva brachos of Rabbi Lazar’s son, which was held in Eretz Yisroel.

As his sons, successors of the Sadigerrer dynasty sit shiva, Rabbi Lazar sent them a letter from Russia, comforting them on their great loss, recalling their fathers care for Russian Jewry, and wishing them well.