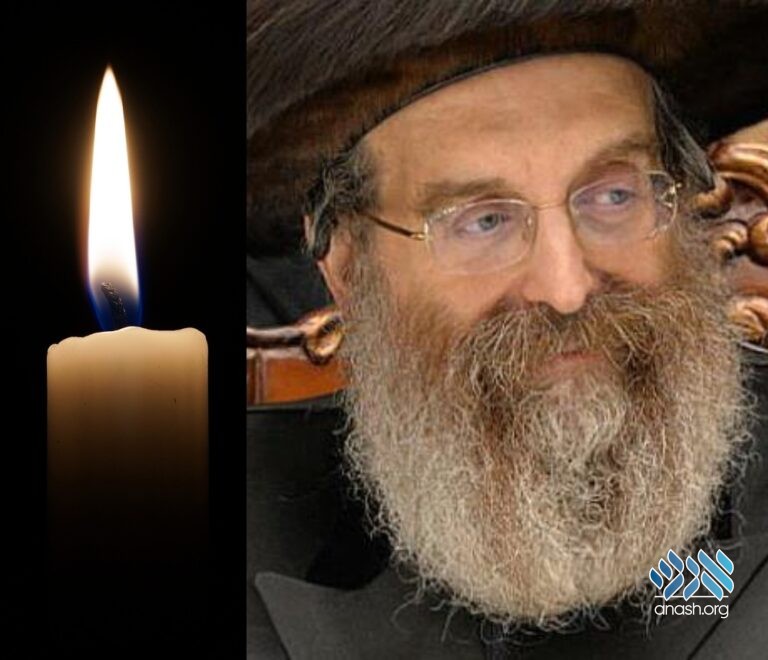 Harav Yisroel Moshe Friedman, the Sadigerrer Rebbe, whose father was close to the Rebbe, and who originally lived in Crown Heights, passed away Monday evening at his home.

Harav Yisroel Moshe Friedman, the Sadigerrer Rebbe, a direct descendant of the Heiliger Ruzhiner, passed away Monday evening at his home.

The Sadigerrer Rebbe had been recovering from an illness, when he collapsed at his home. He was rushed to the hospital and thousands davened for him.

He was born in New York on 4 Menachem-Av 5715/1955 to his parents Harav Avrohom Yakov and Tziporah Feiga Friedman. At that time, his zeide, Harav Mordechai Sholom Yosef of Pshemishel, was the Sadigerrer Rebbe, with his shul on Crown Street in Crown Heights. Later, his zeide went up to Eretz Yisroel and established his court in Tel Aviv.

He was a direct descendant – ben achar ben – of the Heiliger Ruzhiner, Rav Avrohom the Malach and the Mezritcher Maggid.

Harav Avrohom Yakov passed away on 13 Teves, 5773/2013 and he was succeeded by his ben yochid Harav Yisroel Moshe.

He married the daughter of the philanthropist yblcht”a Reb Chaim Moshe Feldman of London and for years was the rov of the Sadiggerer shtiebel there.

The Sadigerrer Rebbe, like his father before him, was a member of the Moetzes Gedolei HaTorah of Agudas Yisroel. He was known as a friend of Lubavitch and the work of shluchim. During his tenure, Sadiger rose to new heights, establishing new yeshivos and centers in many locations.