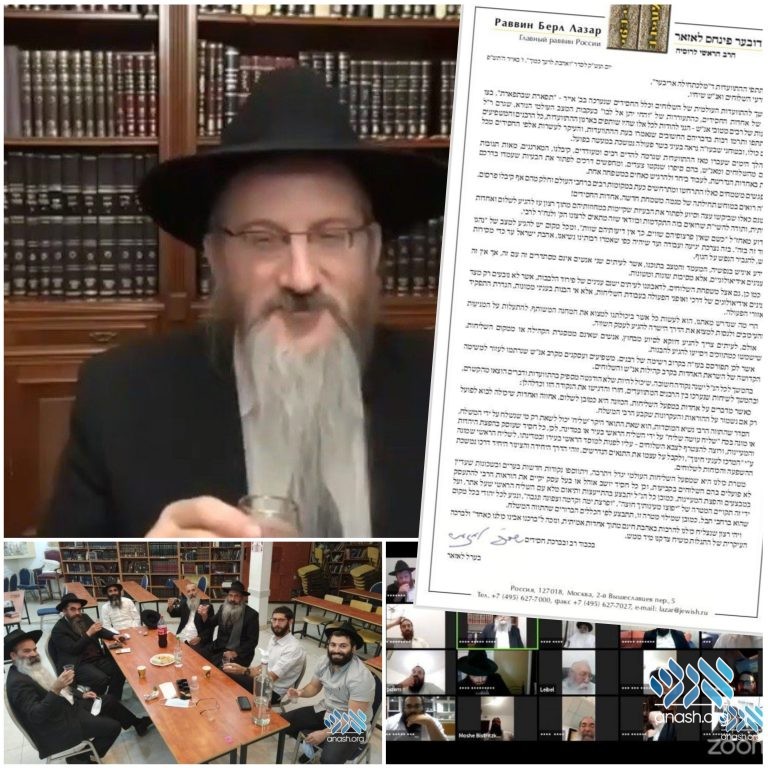 In light of the the many shluchim and activists worldwide seeking to create achdus, Rabbi Berel Lazar sent out a letter addressed to the participants in the now-famous farbrengen saying that an task force will be created to help with the efforts.

In light of the the many shluchim and activists worldwide seeking to create achdus, Chief Rabbi and Head Shliach to Russia, Rabbi Berel Lazar sent out a letter announcing a new task force to help with shluchim seeking to make peace.

“In continuation to the worldwide farbrengen of shluchim held on Beis Iyar, we would like to start with thanking the organizers, the rabbonim and mashpi’im and the tens of thousands of participants,” the letter begins.

The outcome of the farbrengen is being felt worldwide, with grassroots efforts taking place in Boston, Massachusetts, Mexico, Central Africa and many cities in Eretz Yisroel. Rabbi Lazar himself pledged to show a personal example by making peace with the Chief Rabbi of a neighboring country.

“Chazal taught us that no two people are alike,” the letter continues, “but we must strive to find what unites us, and overcome any obstacles to peace.”

Noting that sometimes an outside push is necessary to bring peace, Rabbi Lazar said that in the near future he would release a list of rabbonim, mashpi’im and activists who will be willing and available to iron out any differences and bring unity to shluchim and anash worldwide.

“Nonetheless, unity cannot come at the expense of the Rebbe’s directives,” the letter says. “This includes the Rebbe’s shlichus structure. Shluchim must be under the Merkos L’inyonei Chinuch, and every activist in a city must be approved by the head shliach to be called a shliach.”

“We hope that we will succeed in bringing true achdus, thereby meriting any brachos, especially the main bracha of Moshiach’s coming,” the letter says.