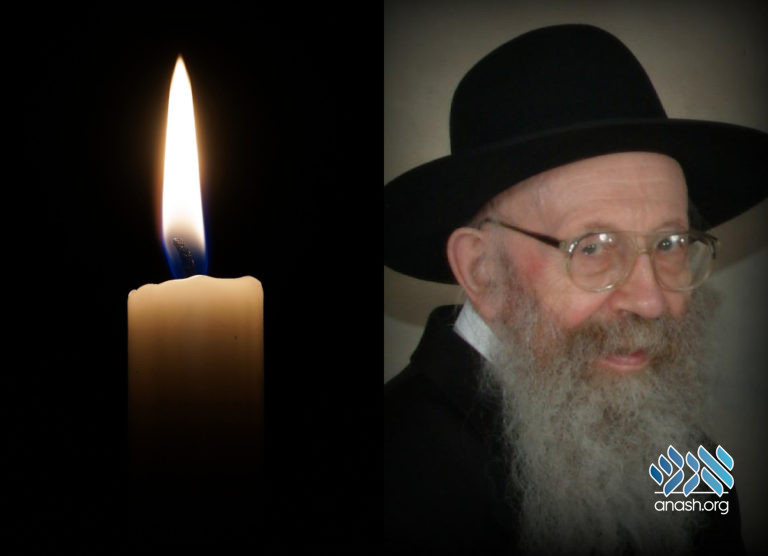 Born on 6 Tishrei 5688/1927 in G’dzask, Russia, Reb Mulle, as he was known, was educated in the Lubavitcher yeshivos underground.

After marrying Dobrusha Futerfas, daughter of the mashpia Reb Mendel, he settled in London and began to work as a schochet.

Dobrusha was tragically killed in a car crash in 5731/1971, leaving behind eleven yesomim, the youngest only a few months old. He was injured as well, and the name Chaim was then added to his name.

Over the years, Reb Mulle was quite active in the Rebbe’s mivtzoyim, with a special koch in Mivtza Tefillin even before the Rebbe officially announced it. He also would raise funds for Tzach in Eretz Yisroel.

He was a well-known tziyur in the frum community of Stamford Hill, London, and worked hard to spread the Rebbe’s message among London’s yidden.

He is survived by his children:

The family has asked: Please refrain from informing his siblings about his passing.