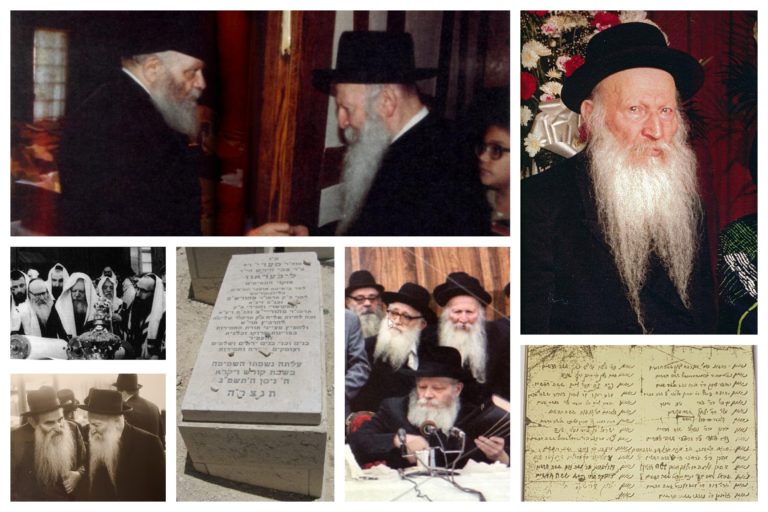 5 Nissan is the yahrtzeit of the Shadar and mashpia Reb Saadya Liberow, a”h, who served our rabbeyim for generations and spread Torah and Chassidus in Russia, Morocco, and Antwerp.

“Giving one’s life” for the Rebbe is a statement that gets used just a bit too often. But in the case of Reb Saadya Liberow, whose 37th yahrtzeit is today, 5 Nissan, it’s really what happened.

When the Frierdiker Rebbe and his family fell severely ill with Typhus in the year 5681/1920-21, Chassidim took the opportunity to give of their own years to the Rebbe. Some gave a few months, others a year. Reb Sadya gave two years. It was still within the year of the histalkus of the Rebbe Rashab, and when the Frierdiker Rebbe could not daven for the amud, due to his health, he asked that Reb Saadya – then still a bochur – daven and say the kaddeishim for him.

The Rebbe recovered, Boruch Hashem, and on the 23rd of Shvat returned to his normal schedule. On that day, Reb Sadya was called into yechidus.

Several months earlier, after Tishrei 5681/1920, it had been suggested that Saadya travels as a Shadar to teach Chassidus and raise money for the Yeshivos Tomchei Tmimim, which were suffering terrible financial hardship, due to the turbulent times in Russia. The Frierdiker Rebbe falling ill interrupted that plan. Now that he had recovered the idea was brought up again.

After marrying Miriam Maryasha, daughter of the chossid Reb Moshe Menachem Mendel Eidelman, the family settled in G’dzask, between Moscow and Smolensk. It wasn’t easy raising a chassidishe family in those days, but with mesiras nefesh he showed it was possible.

The war years were years of hunger, isolation, and desperation for Reb Saadya and his wife and their family. Despite the hardships, they persevered and managed to leave Russia in 5707/1947 with the final train that arrived safely before the authorities began arresting those involved in the plot to escape.

In 5709/1949 Reb Saadya was sent by the Frieriker Rebbe to Antwerp to “sow ruchniyus among the Jews there – many of whom were refugees – and reap gashmiyus.” After the Frierdiker Rebbe’s histalkus, Reb Sadya made his opinion heard in Brunoy and among anash in Paris that the ksav hiskashrus must be written to the Rebbe.

In 5713/1953, Reb Saadya arrived in Sefrou, central Morocco, finally obtaining the necessary papers to travel there, after some two and a half years of trying. The Rebbe had suggested the shlichus in the summer of 5710/1950. It was a difficult shlichus, with only his wife and youngest daughter with him, but he was not deterred. He built a yeshiva there that educated a generation of Moroccan Jews.

The earthquake in Agadir in 5720/1960 and the general exodus of Jews to the big cities like Casablanca, ultimately brought his shlichus to an end in 5725/1964. The Rebbe then sent Reb Saadya to the city he had already visited some sixteen years ago – Antwerp, Belgium.

Two anecdotes are told of how the Rebbe reacted to seeing Reb Saadya’s hanhogoh. The first was seeing how he would walk on the street and avert from his gaze from seeing what was around him. The Rebbe later relayed this story and said that the bochurim need to see how a chossid walks in the street. The second was how the Rebbe was returning to his room, and seeing how Reb Saadya was davening in the small zal in 770 stopped and watched, and reacted that the younger generation needs to see how chassidim like Reb Saadya daven.

A short while before his passing, while writing about the time that he entered the yeshiva, he wrote: “From that time and on I am in Lubavitch.” He was a tomim in Lubavitch all his life.

He passed away on Shabbos, Hey Nissan, in 5743/1983 and was buried on Har HaZeisim in Yerushalayim.