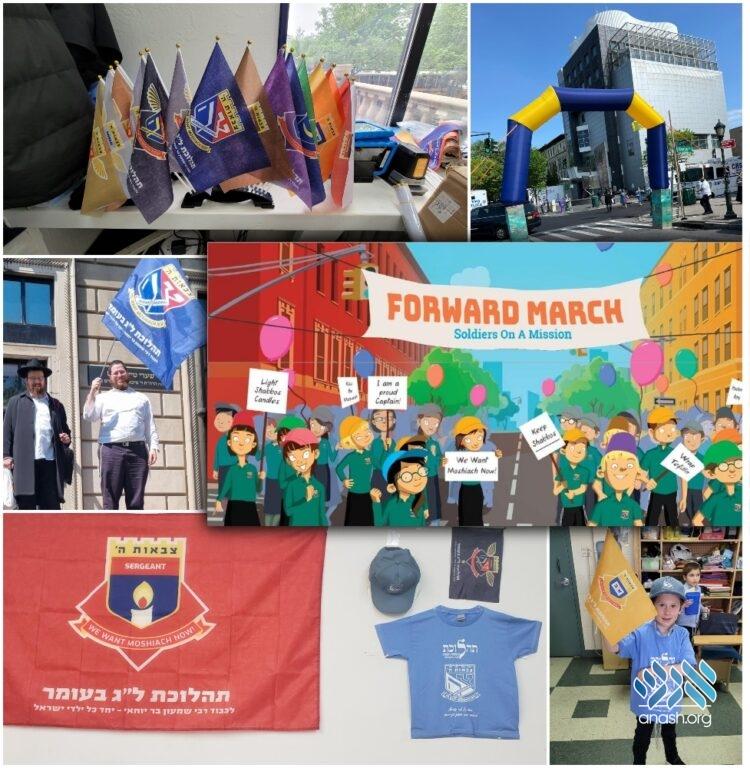 As Lag B’omer approaches, the organizers of the Grand Lag B’omer March are setting the final details in place for a program that will transform the streets of Crown Heights.

As Lag B’omer approaches, the organizers of the Grand Lag B’omer March are setting the final details in place for a program that will transform the streets of Crown Heights.

In a message sent to the Crown Heights community, the organizers detailed how the parade will take place, and the street closures during the Grand March.

Message from the organizers:

This Thursday, Lag Baomer, all students in Crown Heights will be marching to the park, to join the Rally.

Every student has received in school a Lag Baomer T-shirt, A Cap, and their Rank Flag.

The march will start in front of Oholei Torah, leaving at 10:00, passing by 770, and turning down Albany, all schools will be marching to Albany, watch the parade pass in front of them and join in behind on the way to the park.

Each school got a set of large rank flags for their March.

Marching Bands will lead the march in front of Oholei Torah, Lubavitcher Yeshiva, and Ohr Menachem.

Upshernish Float (Horse and buggy) will leave from Oholei Torah.

Please note the Street Closures for the duration of the Lag Baomer Parade:

Oholei Torah:
EP will be blocked by Brooklyn
Possibly: Brooklyn from St John’s to EP
Possibly: Kingston from President to EP

Attached is a map with the route and all street closures.

Tshirts and caps will be available to purchase Wednesday night outside 770 (At the time of the Siyum Harambem and Bonfire), and Thursday afternoon next to Rutland Park (outside the fair), limited quantities are available on the different sizes.