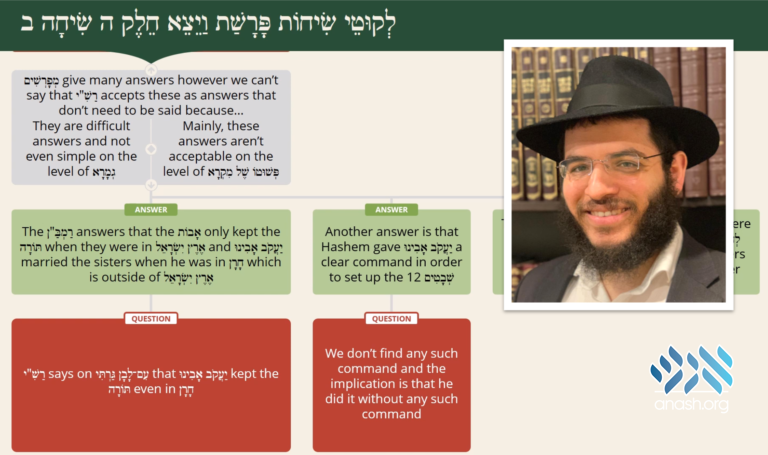 Rabbi Hoffinger is the creator and developer of the Gemara Academy method and curriculum. Chananya has 7 years of experience teaching Gemara and experienced firsthand the difficulties that arise when learning and teaching Gemara.

In light of the proven success of the Gamara Academy, and its classroom-tested tools and methods for Gemara learning, Rabbi Hoffinger is now applying these methods to the study of Likkutei Sichos as part of the Project Likkutei Sichos.

For dedications and sponsorship opportunities please email chananya@gemaraacademy.com or 347-534-6153.

Click here to watch the second Vayakhel sicha, about the posuk describing how Betzalel created the Aron.