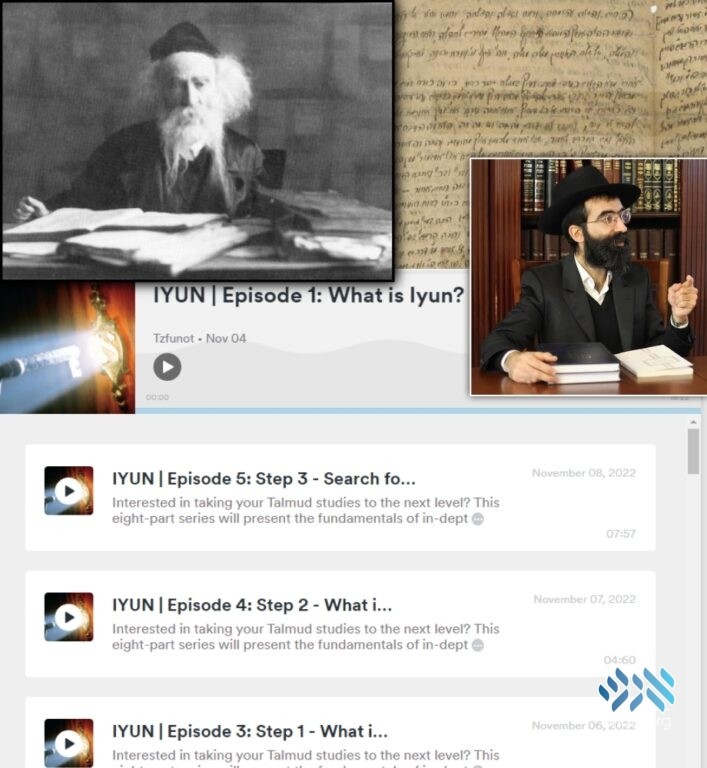 With the aim of making in-depth Torah study accessible, engaging, and geshmak to all, the Tzfunot Institute, headed by Rabbi Binyomin Bitton, recently launched a new podcast series focusing particularly on Gemara b’iyun, the Rogatchover and the Rebbe’s Torah.

Interested in taking your Talmud studies to the next level? This new podcast series is for you!

With the aim of making in-depth Torah study accessible, engaging, relevant and geshmak to all, the Tzfunot Institute, headed by Rabbi Binyomin Bitton, recently launched a new podcast series on a wide range of topics, focusing particularly on Talmud, the Rogatchover and the Rebbe’s Torah.

The latest eight-part series published just a few days ago presents the fundamentals of in-depth Talmud study known as ‘iyun’. Using a variety of Talmudic topics, the course trains and equips students with the tools and practical steps on how-to apply this method onto their own learning.

The course is geared to everyone — from the beginner to the more experienced Talmud student, bochurim and baal habatim. Both alike are sure to benefit from this fundamental introduction to in-depth Talmud study.

Another intriguing Talmud series explores the Halachic debate surrounding the 18th-century story of the chicken without a heart found in the German city of Altona. The course analyzes the reasoning behind the different rulings regarding the Halachic status of the chicken, and opens a window into the relationship between science and Halacha.

One can also find episodes deciphering the Rogatchover’s teachings. One such episode analyzes the meaning behind the story of Adam Harishon giving names to all living creatures through the lenses of the Rebbe and the Rogatchover.  An understanding of the cryptic interpretation of the Rogatchover to the story and the Rebbe’s novel application, eventually reveals how a seemingly ‘short’ footnote in Likkutei Sichos sheds new meaning onto this familiar story in Parshat Bereishit.

The Tzfunot podcast which is available on most major podcast platforms currently includes 40 episodes in English and is planning to also offer series’ in Hebrew and in French.

To listen to the most recent podcast series on the fundamentals of IYUN, please click here.