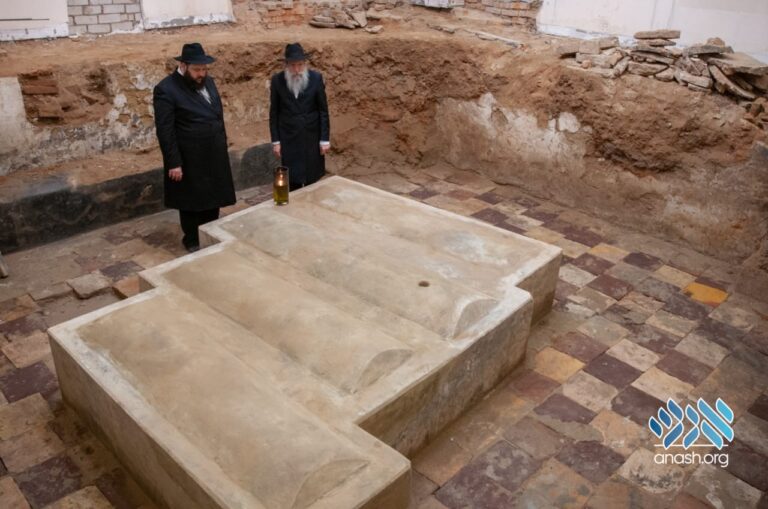 Recent excavation work in the Ohel of Harav Levi Yitzchak of Berdichev has revealed that the place believed in recent decades to be his kever was mistaken.

As coronavirus forced international travel to a halt, Shliach to Berditchev Rabbi Moshe Thaler used the opportunity to do necessary construction work to the area around the kever and other parts of the Jewish cemetery.

The work included plans to removed the floor and install an underground heating system. The system was necessary for the many visitors who come during Ukraine’s extremely cold winters.

Once the concrete floor was lifted, the incredible discovery was made.

First, the top of the original ohel walls were discovered. That led to further excavation around the walls, revealing four Kevarim that are attached one to another. The original Kevarim are some distance from what was thought to be the actual location of the Kevarim.