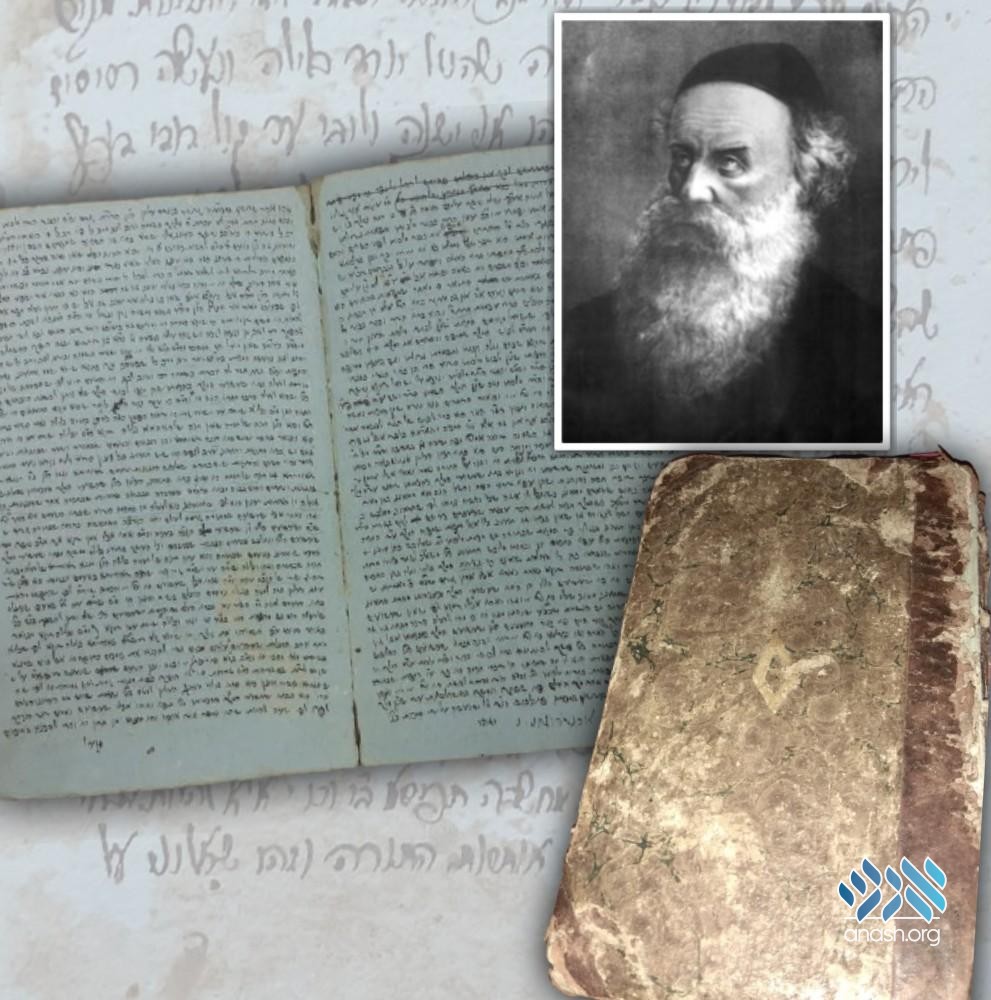 A previously unpublished ma’amar of the Alter Rebbe, transcribed by his brother, was uncovered and published on the very week we read the Parsha the ma’amar is on. But that’s only the tip of the iceberg.

When Rabbi Aryeh Kaltmann, shliach to Columbus, Ohio, describes the new ma’amar he helped uncover, the excitement in his voice is palpable.

“The Rebbe is waiting for us to print our Rebbeim’s precious manuscripts and share this Chassidus with the world,” he says. ” This week, we had the z’chus to print another one.”

What Rabbi Kaltman is talking about is a ma’amar of the Alter Rebbe, which had remained in a handwritten manuscript, and was just recently discovered.

A longtime collector of manuscripts containing ma’amarim of the Rebbeim, Rabbi Kaltmann has discovered numerous priceless treasures in recent years, including several bichelach, bound manuscripts, containing over 50 unpublished ma’amarim of the Alter Rebbe, Mitteler Rebbe and Tzemach Tzedek, which he then donated to the Rebbe’s library.

During the past few weeks, Rabbi Kaltman and others were working on obtaining yet another bichel, with plans to find additional unknown ma’amarim and have them published. On Sunday of this week, they were successful, and the bichel arrived in the Lubavitcher Yeshiva in Netanya on its way to the Rebbe’s library.

The bochurim quickly sat down to examine the manuscripts, checking to see which ma’amarim had been printed before, which were new editions of previously published ma’amarim, and if there were any ma’amarim that had not been published at all.

They were not disappointed. After studying the handwritten words, they discovered that among the ma’amarim there was one ma’amar of the Alter Rebbe which had never been published! Making the discovery even more amazing was the fact that the ma’amar begins with a possuk from this week’s Parsha.

“This is amazing beyond words,” Rabbi Kaltman says. “The Rebbe wants each and every ma’amar printed, and here we are, over 200 years after the Alter Rebbe’s passing, and still discovering new writings!”

But this is all the tip of the iceberg, Rabbi Kaltman says. The new ma’amar is actually another link in a series of ma’amarim just published in previous weeks.

“Kehos just printed a new volume of the Tzemach Tzedek’s ma’amarim,” he explains. “In the new sefer, there are three ma’amarim on Toldos, the first being one that was transcribed by the Rebbe Maharash. All three are explaining a ma’amar by the Alter Rebbe in Torah Ohr, and all published for the first time. The new ma’amar from the Alter Rebbe is an explanation on that same ma’amar in Torah Ohr!”

The new ma’amar was published in this week’s Kfar Chabad Magazine to give everyone the opportunity to learn it on this Shabbos. But for Rabbi Kaltman, he is only getting started.

“Kehos is preparing numerous volumes of the Tzemach Tzedek’s ma’amarim for print, and we are always searching for more bichelach with unpublished ma’amarim, as the Rebbe requested,” he says. “Please help Kehos cover the immense costs of the new seforim, thereby fulfilling a fervrent wish of the Rebbe.”