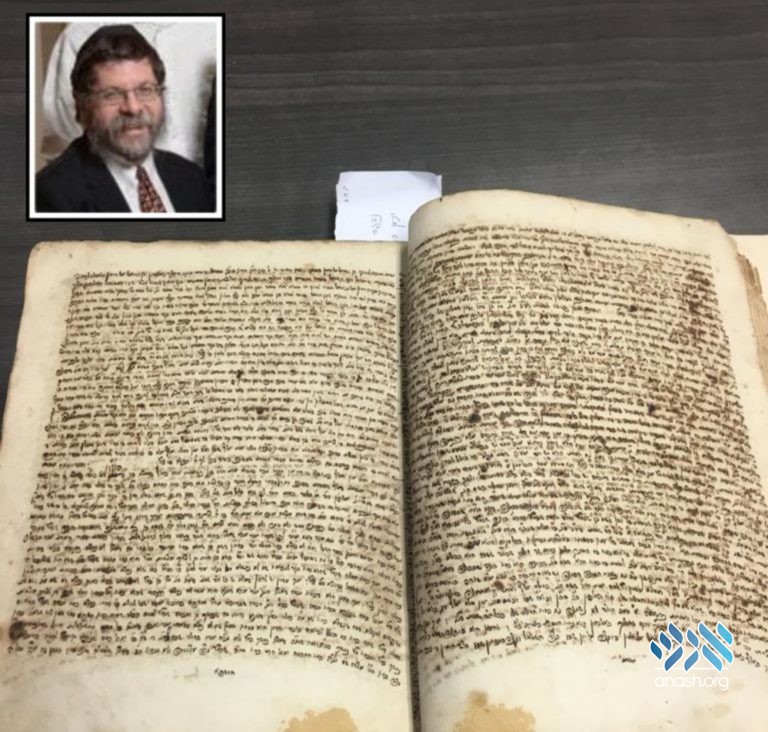 Shliach Rabbi Aryeh Kaltmann of Columbus, Ohio, has partnered with Kehot to make previously unpublished maamarim available to the public.

Three years ago, Rabbi Aryeh Kaltmann, shliach to Columbus, Ohio embarked on a mission to discover unpublished maamarim and bring them to the public sphere.

“Years ago, I was at a public gathering where someone stood up and said that after Gimmel Tammuz, there will be no more maamarim,” Rabbi Kaltmann told Anash.org. “It shook me to the core. In 5745, the Rebbe said that even though it’s been 35 years since the Frierdiker Rebbe’s histalkus, he has a greater connection to this world with every passing day. So how can someone say that new revelations of chassidus have basically stopped?

“I decided then and there that I would do everything in my power to prove that it is not so. Three years ago, when my father passed away, I wanted to do something meaningful in his honor, and so I began to pursue this endeavor.”

During the course of two centuries of Chassidus Chabad, hundreds of manuscripts, also known as bichlech, were penned by generations of chassidim and were scattered around the world. Many of the manuscripts which were kept in the library of the Rebbeim were displaced during the tumultuous events of the 20th century. Over the years, the Rebbe requested that any and all bichlech located should be sent to the Central Library of Aguch.

“As is known, the Rebbe set into motion a major program to publish all the chassidus of the Rebbeim,” said Kehot director Rabbi Yosef Friedman. “This continued with the publishing of sifrei maamarim of each generation. These were selected from manuscripts either written by the Rebbeim themselves or from various expert writers, known as manichim.”

These manuscripts are housed in the library of Agudas Chassidei Chabad; over time, as the collection of bichlech in the library grew, the number of printed volumes increased exponentially. A small group of highly learned editors led by Rabbis Eli Matusof, Gavriel Shapiro and Zissel Piekarsky study and compare the various manuscripts (sometimes there are several versions of the same maamar written down by different individuals) as they prepare a maamar for publication.

“After the conclusion of the publishing of major sets consisting of the maamarim of all the Chabad Rebbes, Kehot would publish, from time to time, a new maamar from a newly discovered manuscript,” said Rabbi Dovid Olidort, editor at Kehot. “In effect, most of the maamarim of the Rebbeim comprised from the above-mentioned bichlech have already been published over the years.”

In the last few years, Rabbi Kaltmann managed to locate and acquire several such valuable bichlech. Following the Rebbe’s plea, he gifted these historic manuscripts to the Aguch library. Upon closer review, it was discovered that they contained over fifty maamarim which are not available in any other bichlech.

Some of these are new. Some are new versions of existing maamarim. For example, the Aguch library contains maamarim of the Alter Rebbe as they were transcribed by his brother, R. Yehuda Leib, or by his son R. Moshe. The new collection contains these very same maamarim recorded by the Mitteler Rebbe.

Thanks to the efforts of Rabbi Kaltmann and the expert team at Kehot, 14 maamarim have been masterfully produced from these manuscripts.

“There is a letter printed in the back of Lekutei Sichos chelek chof daled in which the Rebbe describes the huge impact it has when new Torah from a Rebbe is written,” said Rabbi Kaltmann. “The Rebbe writes there that when this Torah is then learned somewhere across the world, it is causing the Rebbe’s lips to move!”

Rabbi Kaltmann would like to see many more maamarim discovered and published. It is the fulfillment of a dream he has had for so many years, to ensure that yes, there will be more maamarim, even after Gimmel Tammuz!

“Access to these new bichlech has given new impetus to the project of publishing this type of individual maamar,” said Rabbi Friedman. “Every maamar Chassidus is a living soul which embodies the neshama of the Rebbe that said it. Acquiring and publishing a lost maamar is a tremendously exciting occasion worth celebrating. We are thankful to all our donors and sponsors, in this case, the indefatigable Rabbi Kaltmann, for partnering with Kehot.”

“This was something that was very precious to the Rebbe,” Rabbi Kaltmann said. “Everyone should take the time to learn these maamarim. There are revolutionary chiddushim in chassidus in these 14 maamarim that are not found elsewhere!

“In addition, if you would like to do something truly meaningful and powerful in memory of a loved one, sponsoring another maamar’s publication is one of the greatest honors you can possibly give them.”

The various single maamarim published during the past two years are available for viewing online at: https://www.kehot.org/kuntreisim

If you would like to dedicate a Kehot publication, please visit the dedication site: https://www.kehot.org/donate