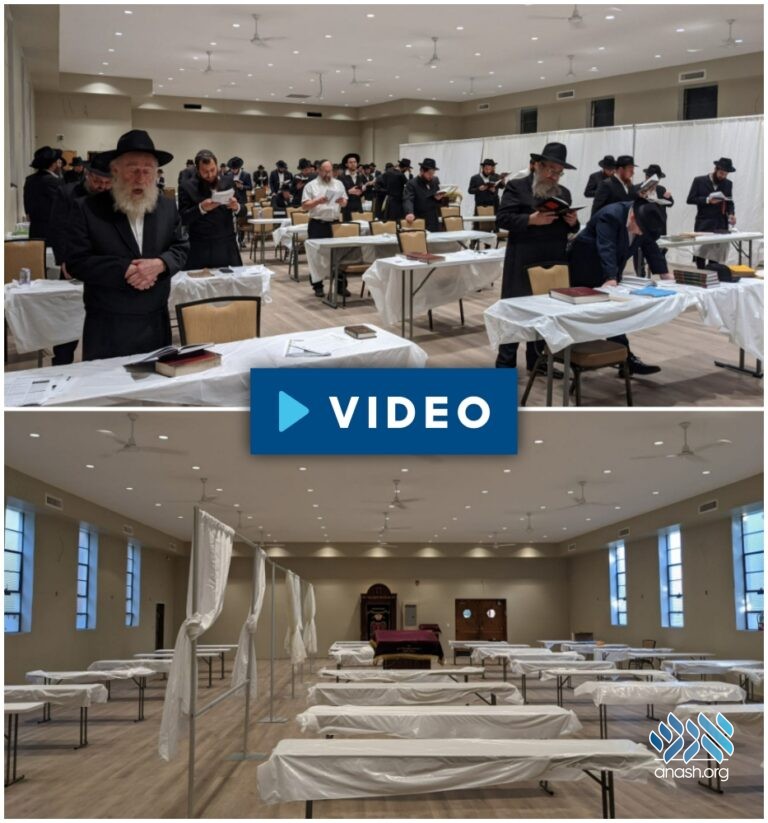 Members of the New Haven Chabad community were pleasantly surprised when they entered the neighborhood’s main shul for selichos, as they were greeted by a shul renovated and upgraded beyond recognition.

Members of the New Haven Chabad community were in for a pleasant surprise as they walked into shul for the first night of selichos this past Motzei Shabbos. The community’s main shul, housed in the building of Yeshivas Bais Dovid Shlomo, had just finished an extensive renovation, and community members were greeted by a beautiful new shul, designed in a modern style.

For many years, the Chabad community of New Haven and the New Haven Yeshiva shared the yeshiva’s large zal, with the yeshiva using it during the week, and the community using it on Shabbos. The shared space necessitated they yeshiva moving every Shabbos to a different space, instead of using a single zal for the entire week.

In recent years, the yeshiva began a large-scale expansion, spearheaded by directors Rabbi Mendel Deitch and Rabbi Yasef Deitsch. The Yeshiva’s Beis Medrash program moved to their own zal, and the mesivta moved to a newly-purchased campus.

The new expansion gave room for the community to grow as well. With the yeshiva’s former zal now being used exclusively as the community’s main shul, the shuls’s board of directors began planning to renovate and upgrade the shul to maximize its potential for the community.

Read more about the New Haven Chabad community in the Our Communities feature here.