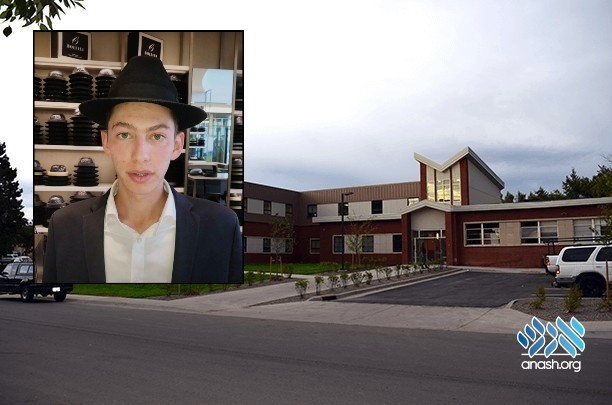 New details about the shooting at Yeshivas Toras Chaim in Denver that killed Shmuli Silverberg hy”d indicate that the attack was targeted at a Jewish site.

New details about the shooting at Yeshivas Toras Chaim in Denver that killed Shmuli Silverberg hy”d indicate that the attack was targeted at a Jewish site.

The gang of possibly 3, 4, one of whom was armed, encountered Shmuli outside the building and chased him to the back and forced him to open the door. They also took a shot at the yeshiva’s menahel but missed.

The gunman then murdered Shmuli and fled, sparing an entire beis medrash just feet away. The bochurim ran outside to safety.

Shmuli’s Levaya was held in Denver on Wednesday morning and was then flown for a Levaya and Kevura in Lakewood, NJ Wednesday night.

Police say they are still investigating the incident to determine it was a targeted attack, but are also looking into two other shootings in Denver around the same time – one on Ceylon Court, and one on North Lafayette. Both of those victims were not Jewish.

Police have released a flyer seeking information into the shooting, and have seemingly connected all three incidents – including the two whose victims were not Jewish.

Yeshiva Toras Chaim released this statement, “Our Yeshiva Toras Chaim community is grief stricken at the killing of one of our students overnight. We are caring for our faculty, staff, students, and their families in the face of this tragic and incomprehensible act of violence. We are grateful for the support we are receiving from our Denver community and from around the country, and for the work of local law enforcement authorities who have made this their top priority. Our community is seeking solace and privacy at this time.”