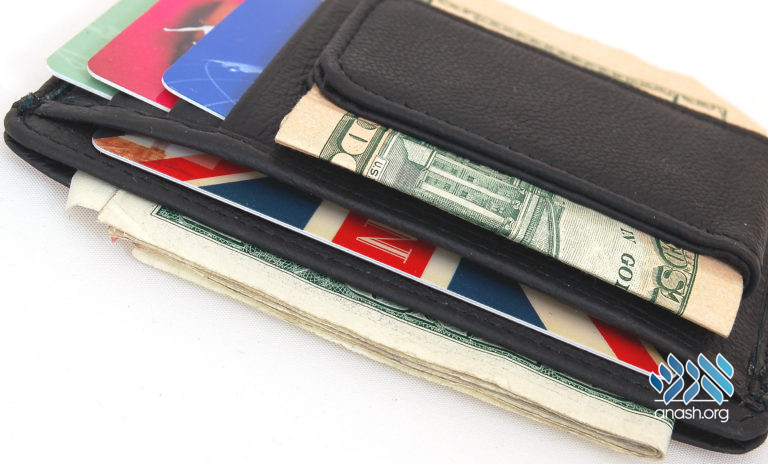 I realized I had money in my pocket on Shabbos. May I walk to another room or must I shake it out right away?

Items not categorized as utensils or food (e.g. stones, money, sand) are muktza in an absolute sense (machmas gufo). If such an item was consciously placed on another object before Shabbos with the intent that it remain there, the non-muktza object becomes a base (basis) for the muktza object and becomes forbidden just like it.

A utensil whose primary use is Shabbos prohibited (melachto l’isur) may not be moved for its own protection, though it may be handled for a permissible use (e.g. a saw for cutting challa), or if one needs its place. Regarding such an object, once in his hands, he may bring it wherever he wishes to place it and he need not drop it at the first opportunity. The same applies if one mistakenly picked it up without a permissible reason.

Does this leniency apply to items that are muktza machmas gufo (e.g. money)? Some poskim hold it does, while others rule that it must be dropped immediately. The Alter Rebbe writes that one should l’chatchila be stringent but may be lenient if it will lead to monetary loss. Thus, if one was mistakenly holding money and it would be a loss to drop it then and there, he may bring it—provided that carrying is permitted there—to a safer location.

When the muktza is in his pocket, there is additional basis to be lenient. The prohibition of handling muktza is specifically in the normal way (i.e. with one’s hands); abnormal manners of handling are permitted (k’lachar yad). Thus, one may move muktza through blowing, or use other parts of one’s body, such as his elbows or feet, and according to the Alter Rebbe, even the back of one’s hands. Some prohibit handling k’lachar yad in order to protect the muktza, while others permit it even for this purpose, and the Alter Rebbe sides with the latter view in most situations.

Since the money in the pocket isn’t being handled directly, one may continue walking with it in his pocket. Although on Shabbos one may not hold things in one’s pocket even indoors to prevent mistakenly walking outside and carrying them, in situations of monetary loss it is allowed.

Upon reaching the final destination, one should shake out the money and not handle it directly with his hands. The garment does not become a basis since one did not intend for the money to be in it on Shabbos. Even if one intended to leave it in the garment, a pocket that hangs freely (e.g. pants pocket) is considered like a separate container and doesn’t cause the entire garment to become a basis (unlike a shirt pocket which is attached to the entire length of the garment).