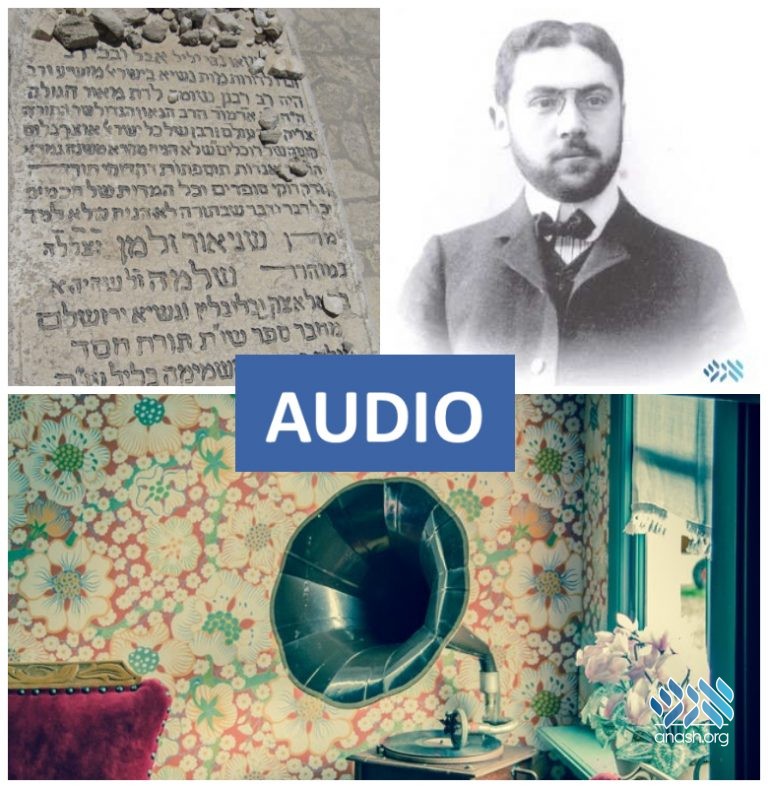 Among the Chabad nigunim in the online archive are two sung by a Mendel Berlin who heard it from his grandfather “Reb Zalman.” Do we know who they were?

The story posted about the online archive of niggunim sung by Reb Shmuel Galperin, a”h made waves, and brought on much discussion about some of the other nigunim in the same collection.

One nigun that drew attention was the tune “Khabadnitse,” which is song #11 on CD#3. In age-old Chabad jargon, Chabadnitze is the nickname for the dedicated cheder sheni – side room – in Lubavitcher shuls where chassidim could daven at great length, b’avodah.

The one singing the tune is “Mendel Berlin” and he is singing a tune sung by his zeide “Reb Zalman.”

Who is Mendel Berlin and who was his zeide Reb Zalman?

However, Reb Shaya passed away on 12 Tammuz 5668/1908 and, sadly, did not have any children. Thus, Mendel Berlin could not have been his descendant.

However, we do know of a Mendel Berlin, who was Reb Shaya’s wife’s nephew and an adopted eynikel. This Mendle Berlin’s maternal grandfather was a prominent chossid by the name of Schneur Zalman – Reb Schneur Zalman Fradkin, author of the responsa Toras Chesed.

The “Toras Chesed,” as he is known, was one of the great chassidim of the Tzemach Tzedek. He was a great gaon known for his phenomenal memory. He was known as “Reb Schneur Zalman Liadier,” since he originated from Liadi, though he later became the rov in the prestigious communities of Polotsk and Lublin.

In 5652/1892, Reb Schneur Zalman moved to Eretz Yisroel and established a chassidishe Beis Din there. For a short while, he also accepted a rabbonus in Yerushalayim. He passed away on 5 Nissan, 5662/1902, and is buried in the Chabad chelkah (section) on Har HaZeisim.

Some may challenge that this Mendel Berlin lived in Riga and then London. However, this recording has no location marked, so it may not have been recorded in the shtetlach as the other recordings. So it may very well be that the one singing is Mendel Berlin, grandson of the Toras Chesed, and he is singing his illustrious grandfather’s nigun.

One reader brought to our attention that there was a shochet in Shventzyan near Vilna named Reb Moshe Mendel Berlin. In fact, Reb Shmuel Dovid Raichik mentions him as being of assistance to the Otvotzker Bochurim who were escaping the Nazis and were on the way to Vilna in late 1939/5700. Was he the singer perhaps? Did the An-ski research even reach those areas?

What do you think? Please contribute to the discussion in the comment box below.