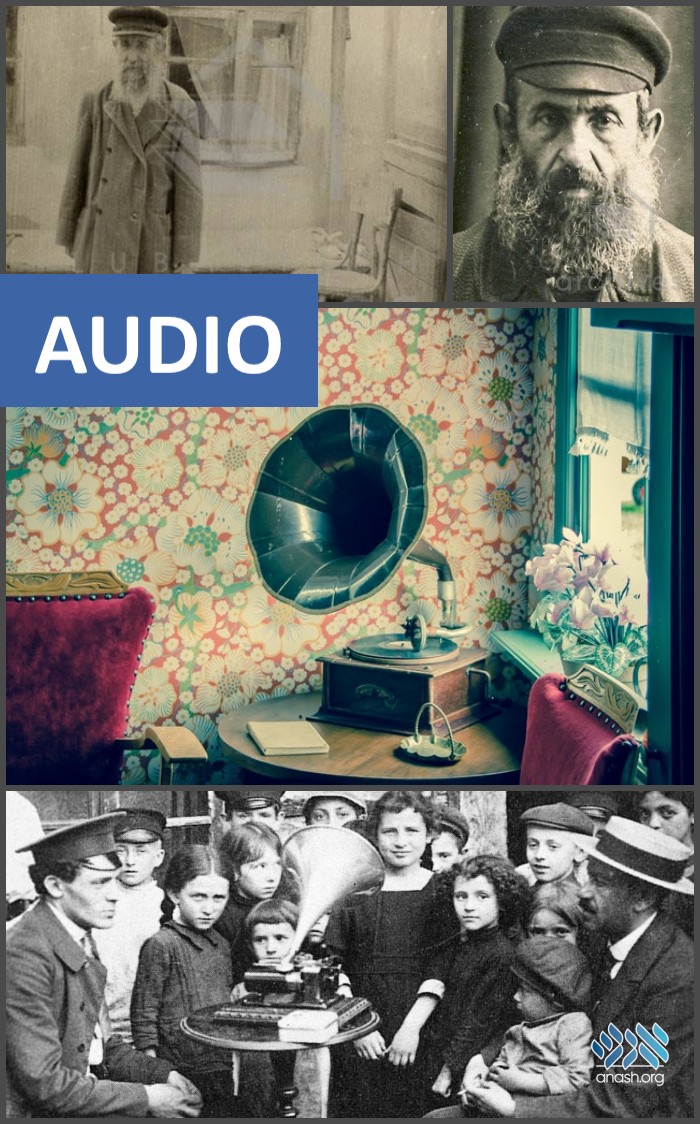 100-year-old recordings from the An-ski Ethnographic Expedition includes Lubavitcher nigunim sung by a chossid of the Rebbe Rashab.

The An-ski Ethnographic Expedition project began over 100 years ago, in 5671/1911, where secular Jewish students traveled around Russia collecting bits of Jewish culture and music.

In 1907, Shloyme Zaynvl Rapoport, a maskilic writer who went by the name “S. An-ski,” began collecting Jewish folklore to be the basis for Jewish culture. He argued that “the collection of folklore for us is not only a scholarly but also a national and timely mission. In order to educate our children in a national Jewish spirit, it is necessary to give them folktales and songs.”

In the course of this work, he became convinced of the necessity of a full-scale ethnographic expedition to the Pale of Jewish Settlement. The expedition, named in memory of Baron Horace Ginsburg, was started in 1911 thanks to a donation by his son, the Kiev banker Vladimir Ginsburg. He and several others traveled across the Pale of Settlement and recorded Jewish music on wax cylinders, a new technology at the time.

The first venture took place between July and October 1912 in the town of Ruzhin, which ultimately investigated approximately 15 communities in Kiev and Volhyn provinces, ending up in Lutsk. In the second season (June–November 1913), the group traveled to some 60 communities in Volhyn and Podolia, and were joined by folklore specialists and students of the so-called Higher Courses on Oriental Studies. They set out again in the summer of 5674/1914, but the mission was cut short by World War I.

One such chossid featured was Reb Shmuel Galperin, a”h, shochet and mohel in Babinovitch, near Lubavitch, who was imprisoned twice in the Soviet Union and ultimately passed away in Tashkent in 5715/1955. He was the son of Reb Shloime Galperin of Pleshnitz, and despite his ba’al tefillah capabilities, he was not related to Reb Yechiel Halperin, “Yechiel der Chazan,” of Lubavitch.

His descendants are large anash families in Crown Heights and Eretz Yisroel. A writeup about Reb Shmuel was featured in Kfar Chabad magazine for his 60th yahrtzeit and is included below.

Credit to Rabbi Eli Rubin for identifying him as the one singing the nigun.

Here are selected nigunim with descriptions written by the group.