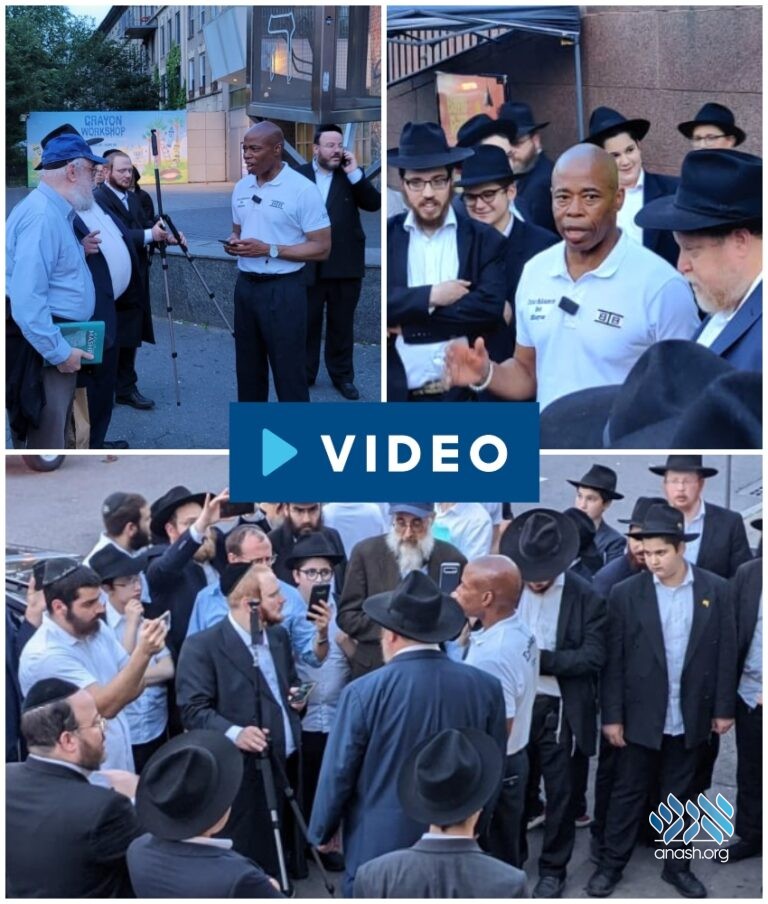 Brooklyn Borough President Eric Adams, who is the leading candidate in the race to be New York City’s next mayor, paid a surprise visit to 770 on the eve of the election.

Brooklyn Borough President Eric Adams, the leading candidate in the race to be New York City’s next mayor, paid a surprise visit to 770 on the eve of the election.

For Adams, the visit to Crown Heights and 770 Eastern Parkway on the final day before the polls open, was bringing his political career full circle.

“For me, this is where it all started,” Adams said. “This is where I was elected as a state senator, this is where I became a borough president, and now on the eve of election day I’m here again to run to be a mayor of the city of New York.”

“The Grand Rebbi talked about how we are all one community. When I went to visit his gravesite last week, it was a real emotional moment for me. We all continue to learn from him.”

Adams vowed that under his mayoralty we are going to have a city that respects religious freedom and public safety. “We are going to ensure that we end antisemitism and the violence we are seeing in this city,” he pledged.

In his role as Brooklyn Borough President, and previously as New York State Senator for the 20th district, Adams has had a longstanding relationship with the Crown Heights Jewish community, and local activists have thrown their support behind his mayoral campaign.

In the final poll released before Tuesday’s election has the Brooklyn borough president as the first choice of 28 percent of Democratic voters, followed by entrepreneur Andrew Yang at 20 percent, former Sanitation Commissioner Kathryn Garcia with 15 percent, and former City Hall lawyer Maya Wiley in fourth with 13 percent.

As reported on Anash.org, the Crown Heights Beis Din joined a long list of local schools and Shuls encouraging residents to register to vote in order to be able to vote in the upcoming Democratic primaries.

Both letters urge community members to register and vote, to ensure the community has a say in the issues that will affect them over the next four years. The need is especially urgent as there are forces who are working tirelessly to undermine and hurt our Yeshivas.