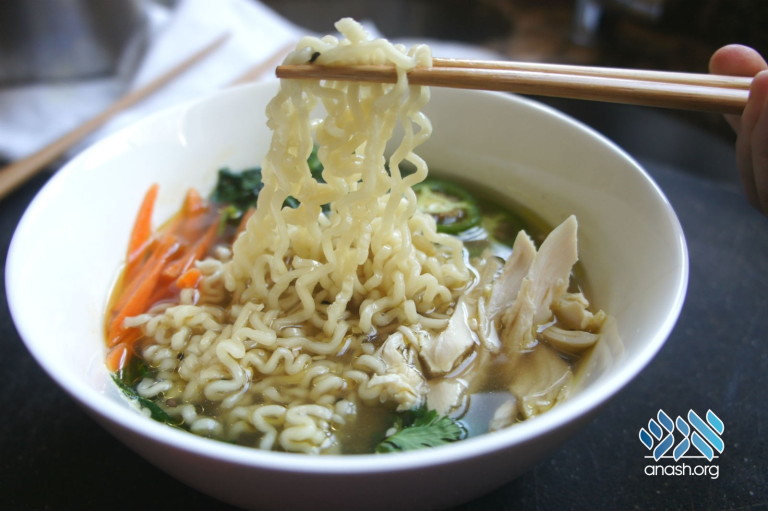 The Torah prohibition of bishul on Shabbos includes cooking food with fire or with an object heated by fire. The prohibition includes using the heat of fire to soften a hard substance (e.g. melting metal), or to cause a soft substance to become hard (e.g. hardens a clay utensil).

Hot water in the original utensil in which it was heated (k’li rishon) has the ability to cook other foods, and doing so on Shabbos is an issur d’oraisa. Once it was transferred into another utensil (k’li sheini), it can no longer cook most items. Since, however, some items will cook even in a k’li sheini, and we aren’t sure exactly which, nothing may be placed in a k’li sheini besides liquids and spices, as they definitely cannot cook in a k’li sheini.

Hot water poured (irui) from a k’li sheini doesn’t have the ability to cook most foods. Poskim discuss whether a third utensil (k’li shlishi) has this same leniency—since then the hot water is on bottom—and the Alter Rebbe implies that it does, and most foods may be placed in it.

Certain foods require only a minimal amount of cooking and are easily made edible by merely pouring hot water on them, even from a k’li sheni or sh’lishi. Shulchan Aruch specifies a very salty fish that becomes fit to eat by pouring any hot water over it. Poskim expand this prohibition to include any food that becomes ready to eat in this manner, such as a raw egg in hot water since that makes it edible. A modern example would be oatmeal which can clearly cook even in a k’li shlishi (this also involves the issue of kneading (losh), see issue 397). Coffee and tea do not pose a problem, since they don’t noticeably change, but merely dissolve.

Another potential issue is the melacha of makeh b’patish, which prohibits giving a utensil its finishing touch that makes it usable. Poskimdebate whether it applies also to making a food edible in a manner other than cooking. Although the Alter Rebbe’s seems to allow it, some poskim point out that when it is done in a manner that resembles melacha (e.g. using hot water resembling cooking, or in a professional manner), it will be prohibited.

Thus, making an instant noodle soup on Shabbos is in a k’li sheini or sh’lishi is prohibited since it provides the minimal cooking necessary to make it edible (bishul), and it might be considered the finishing blow—with resemblance to melacha—to make it edible (makeh b’patish) even if it isn’t considered halachically cooking. Moreover, softening the noodles through heat even without making them edible also constitutes bishul.

Instant powder soup without noodles doesn’t have these issues (like coffee and tea), and is allowed to be made.