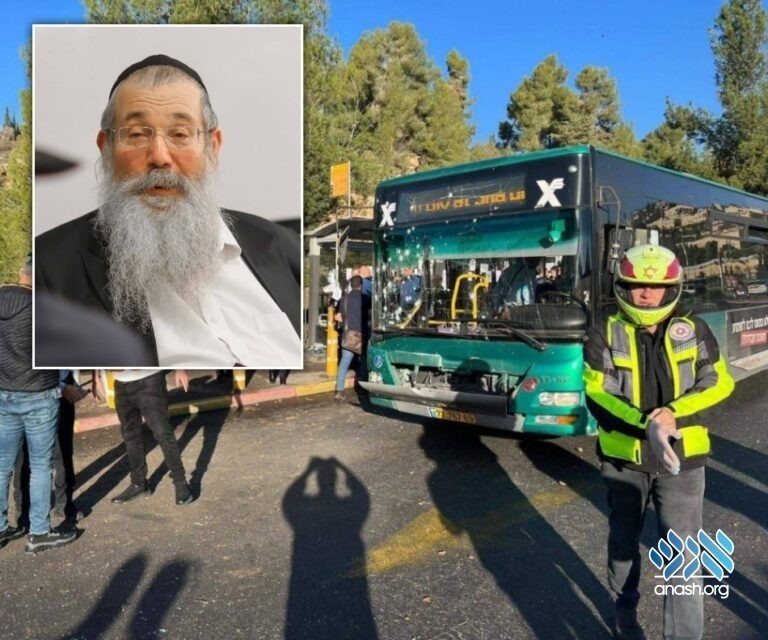 When Rabbi Fitche Ofen arrived at Yeshiva on Wednesday morning, his hat still had shards of glass on it. By a miracle, he was saved from a deadly explosion.

Family members and students of the renowned mashpia, Rabbi Yosef Yitzchak (“Fitche”) Ofen are in awe of the incredible miracle that happened to him.

As reported on Anash.org, two explosions in Yerushalayim killed one and injured many. The first explosion, which took place at around 7 am near the central bus station, killed 16-year-old bochur Aryeh Shchupak and injured many others with varying degrees of severity. Half an hour later, another bomb exploded near the Ramot intersection, where several more people were injured.

Rabbi Fitche Ofen regularly visits the Ramot bus stop to take the bus to Yeshivas Toras Emes, where he is a mashpia. That morning, he was sitting on the bus on the side of the bomb. The windows shattered from the explosion, but miraculously he was unscathed. Not willing to miss seder in yeshiva, Rabbi Ofen remained on the bus which continued on, and came to the yeshiva with the broken glass still on his hat.

Later, the immensity of the miracle became even more apparent. It turns out that a gas cylinder was attached to the Ramot bomb, potentially increasing the number of casualties. Miraculously, the cylinder did not explode and many lives were spared.