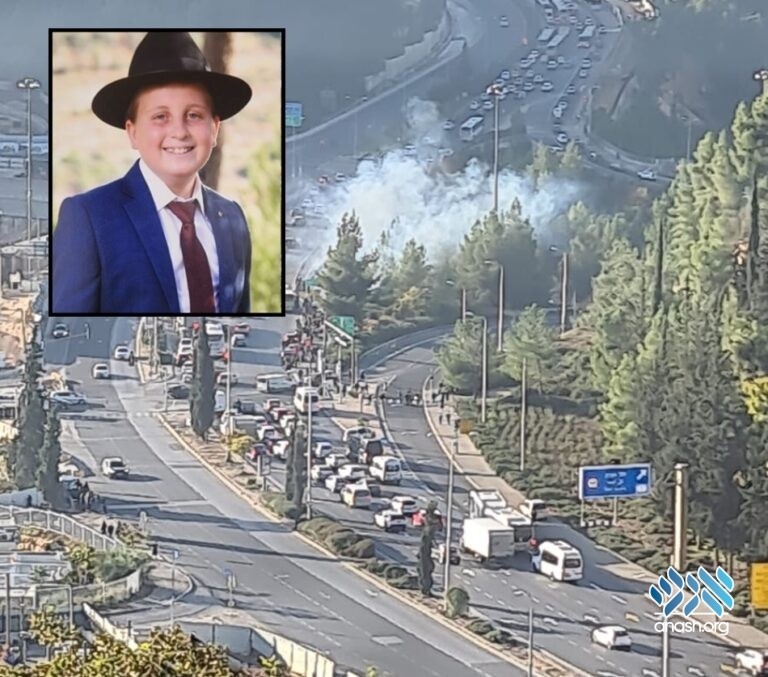 A pair of explosions in Yerushalayim early Wednesday morning killed a yeshivah bochur and injured 22, including 1 critically, in what is being investigated as a twin terror attack.

A pair of explosions in Yerushalayim early Wednesday morning killed a yeshivah bochur and injured 22, including 1 critically, in what is being investigated as a twin terror attack.

The first explosion occurred at a bus stop on Sha’arei Yerushalayim Street near the western edge of the capital.

At least twelve people were injured in the explosion, including two in critical condition and two more in serious condition. One of the victims initially listed in critical condition later succumbed to his injuries and was pronounced dead after being evacuated to a local hospital. The victim was later identified as Aryeh Shchupak, 16, a yeshiva student who was a Canadian national, according to Canada’s ambassador to Israel.

MDA and United Hatzalah emergency first responders have been dispatched to the scene to treat the victims.

“At 7:06 a.m., MDA’s Jerusalem district 101 call center received a report of multiple injuries as a result of an explosion next to a bus stop on Sha’arei Yerushalayim Street in Jerusalem,” MDA reported.

“MDA paramedics are are on the scene providing medical treatment to seven injured people, including one in serious condition and one in critical condition.”

According to preliminary reports, it appears the explosion was caused by an explosive device concealed in a bag left at the bus stop.

Shortly afterwards, a second explosion was reported in the neighborhood of Ramot. Three people were lightly injured as a result of the second bombing.

Police forces have been deployed to the scenes of the explosions, closing Route 1 at the entrance to Jerusalem to traffic.

“We were at the MDA station by the entrance to the city when we heard a large explosion,” MDA paramedics Moshe Tobolsky and Lior Levy said.

“We immediately headed to the scene in large numbers, including ambulances, MICUs and medicycles. two seriously wounded were lying nearby, a 16-year-old in the bus stop and a 45-year-old on the sidewalk. A number of moderately and mildly injured victims were ambulatory on scene. We rapidly conveyed the seriously injured in MICUs to hospital while providing life-saving treatment.”

United Hatzalah volunteer EMT Yosef Gabai, who arrived first at the scene to provide initial treatment, relayed: “I was waiting at the traffic light and I heard an explosion at the bus station. I arrived within mere seconds at the scene and I found a young man who was critically injured. I provided him with initial treatment and reported to United Hatzalah’s Dispatch and Command Center to request additional responders be sent to the area. At the scene, I saw three more injured people, who were conscious and sustained various degrees of injuries.”

United Hatzalah volunteer EMT Michael Groscott added: “I arrived at the scene to assist the injured. After I provided them with initial treatment at the scene they were evacuated to Hadassa Ein Kerem and Shaarei Zedek hospitals with cuts and other injuries.”

After the second bombing, United Hatzalah EMTs Dani Shmueli and Yossi Eisenstein relayed from Ramot: “While driving in the area on our emergency ‘ambucycles’ we heard the explosion which happened at a bus stop. We arrived within mere seconds at the scene and provided assistance to three people who sustained light injuries from shrapnel. A United Hatzalah ambulance evacuated one of the injured to the hospital. United Hatzalah’s Psychotrauma and Crisis Response Unit has also been dispatched and is treating numerous eyewitnesses for emotional and psychological shock.”