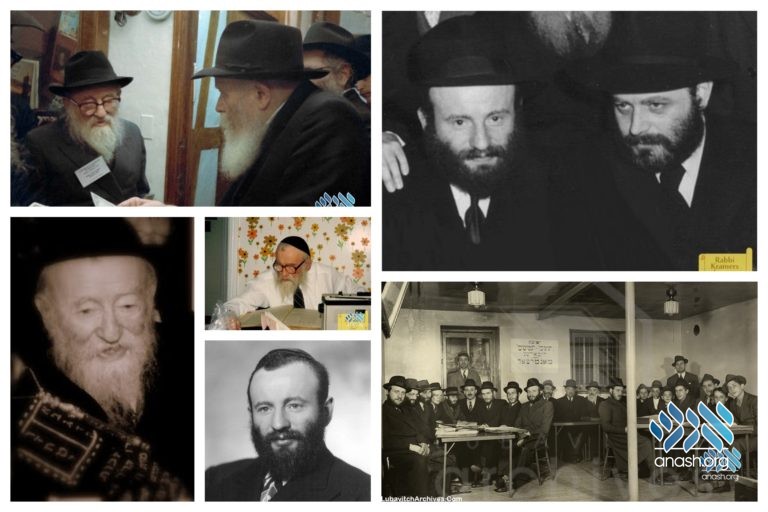 The 27th of Chehvan is the yahrtzeit of Reb Leibel Kramer.

You might say that he was the last of his kind.

Reb Leibel was born in Chelm, Poland, the same town where Rav Yitzchok Hendel – later rov in Montreal – was from. As a talmid in Tomchei Tmimim in Otwock, he was already entrusted with several missions by the Frierdiker Rebbe in Poland as a young bochur. When the bochurim from Otwock escaped to Vilna after the Nazi invasion in 5699/1939, it was Leibel Kramer that arranged the visas through Sugihara, the Japanese Vice Consul to Lithuania, to Japan.

Arriving in Montreal in 5702/1941 with eight other bochurim, Reb Leibel, then a bochur not yet 23 years old, was appointed the director of the newly established Yeshivas Tomchei Tmimim there. In addition to running the yeshiva, he also cared for the bochurim, helping them find shidduchim and arranging the weddings. All this while none of them knew what was happening with their families back in war-torn Poland.

Soon, in Montreal, there was a Yeshiva for boys of all ages, a girls’ school, summer camps and much more. All these were firsts for Montreal. Rabbi Kramer worked endlessly and tirelessly to enroll kids in the school and at the same time raise money to cover the budget. Tuition was free – what was important was that no parent has an excuse not to send their child to a Jewish school.

For close to sixty years he worked hard for the institutions he ran to succeed. A crowning achievement of Rabbi Kramer was the chag hasemicha on Yud-Tes Kislev 5715/1954, when a group of bochurim received their semicha in front of a crowd of hundreds of supporters of the yeshiva.

A decade or so after his passing in 5760/1999, Rabbi Kramer’s family set up a webpage in honor of the upcoming Hachnosas Sefer Torah. There they interviewed people who were students in the Yeshiva in the very early years. What strikes the reader is how seven decades later people remembered Rabbi Kramer and his descendants as members of their family. When there was a simcha in the Kramer extended family it was as if it happened in their family.

Others spoke how he was with them at every step of the way in their lives, sharing simchas and lehavdil sad occasions. Without Rabbi Kramer at a simcha or “unveiling” it was incomplete.

Rabbi Gershon Sabol, today the Director of Yedei Chesed in Monsey, was for many years Rabbi Kramer’s assistant in the Montreal Yeshiva office. He told this writer that Rabbi Kramer would ask him at the beginning of every month how much money is necessary to cover the budget this month. That would be his quota. He would raise that money by himself. This was a mere three decades ago. He saw it as his responsibility.

Despite all the responsibility, he always made time for learning, davening as a chossid should and time for his family. At the time of his passing, some 1,200 students were enrolled in the various mosdos of Lubavitch in Montreal, with many thousands having graduated over the years.