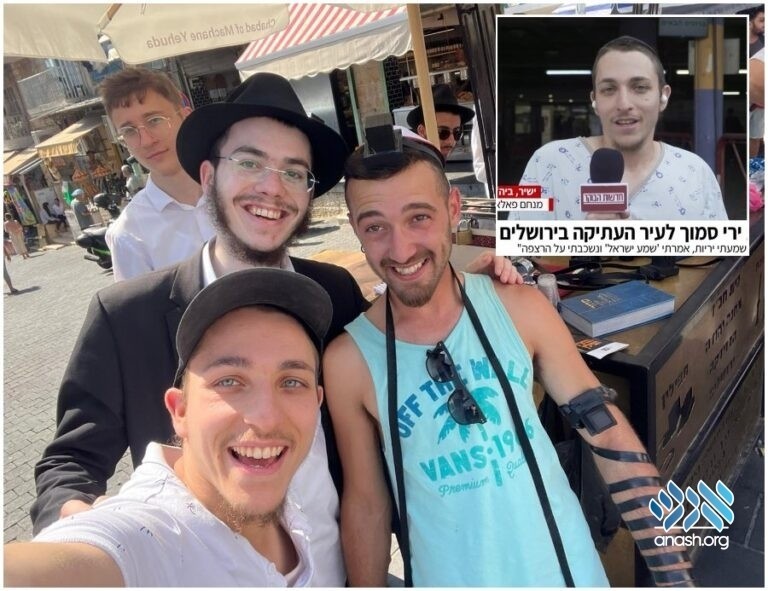 Lubavitcher bochur Menachem Palace, who spent Friday doing mitzvoim in Yerushalayim, has miraculously recovered after a bullet was removed from his back.

One of those injured in the shooting attack on a bus near the Kosel on Motzaei Shabbos has been identified as Lubavitcher bochur Menachem Palace.

Menachem, who is from Crown Heights, was visiting Eretz Yisroel. Having a special passion for mivtza tefillin, he dedicated time on Friday donning tefillin with passersby at a tefillin booth in Yerushalayim.

On Motzaei Shabbos, Menachem and a friend boarded a bus at the Kosel and Menachem sat down near the window. Several minutes into the ride, the bus was attacked by an Arab terrorist.

In an interview with Israeli media, Menachem shared how when the attack began and the window shattered, he and his friend fell to the floor and they cried ‘Shema Yisroel.’ Only later, after the attack had ended, did he realize that he had a bullet in his back.

He was transported to Shaarei Tzedek Hospital where he was treated for his injuries. The bullet was removed and he is miraculously healthy.

When asked by the anchor about his future plans, Menachem shared that he would stay on in Eretz Yisroel, which he explained is the safest place in the world.