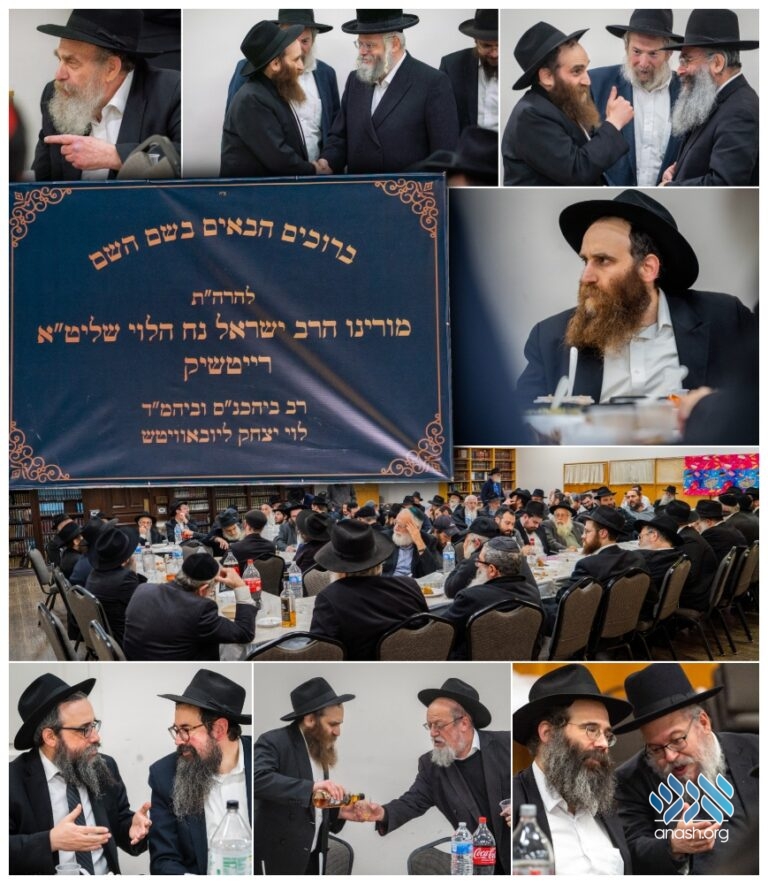 The Los Angeles Chabad community, along with local rabbonim from other communities, gathered on Thursday night to welcome Harav Yisroel Noach Raichik, who arrived in California to assume his position as rov of the Levi Yitzchok Shul.

The Los Angeles Chabad community, along with local rabbonim from other communities, gathered on Thursday night to welcome Harav Yisroel Noach Raichik, who arrived in California to assume his position as rov of the Levi Yitzchok Shul.

Rabbi Raichik will be succeeding his father, the renowned Harav Shimon Raichik a”h, who served as the rov of Levi Yitzchok and for the Chabad community of Los Angeles. Following the senior rov‘s passing, the local rabbonim, including Harav Ezra Schochet and Harav Yosef Shusterman, announced the appointment of his son as his successor during the funeral, as is customary in many communities.

Over the past decade, Rabbi Yisroel Noach Raichik has gained a reputation as a renowned talmid chochom, with positions teaching both Gemara, Halacha and Chassidus in the Central Yeshivas Tomchei Tmimim at 770, as well at Oholei Torah in Crown Heights. For the thousands of students who passed through 770, Rabbi Raichik was known as a hanhala member who genuinely cares about each bochur, seeking ways to help each one grow in their learning.

He also delivered many shiurim around Crown Heights, and taught Chassidus in Heichal Menachem in Boro Park. In recent years, he also worked hand-in-hand with his father to prepare an English Halacha sefer on Hilchos Shabbos, which is still in the works.

A large sign was hung in front of the shul, and tens of members of anash gathered for a farbrengen marking Yud Daled Kislev and to welcome the new rov. With rabbonim, mashpi’im and local community leaders in attendance, Rabbi Raichik led the farbrengen, taking the time to say l’chaim with many of them.

Also attending were local rabbonim from other communities, who came to welcome the new rov and to show their aspiration to continue working together in achdus, as the communities have done for decades. Among them were rabbonim from the Litvishe and Polisher kehilos, roshei kollel and prominent members of the wide range of communities that fill Los Angeles.

Anash.org extends warm wishes and brachos to the new rov to continue the mission of his esteemed father and grandfather, and success in uplifting Anash towards the Rebbe’s vision.