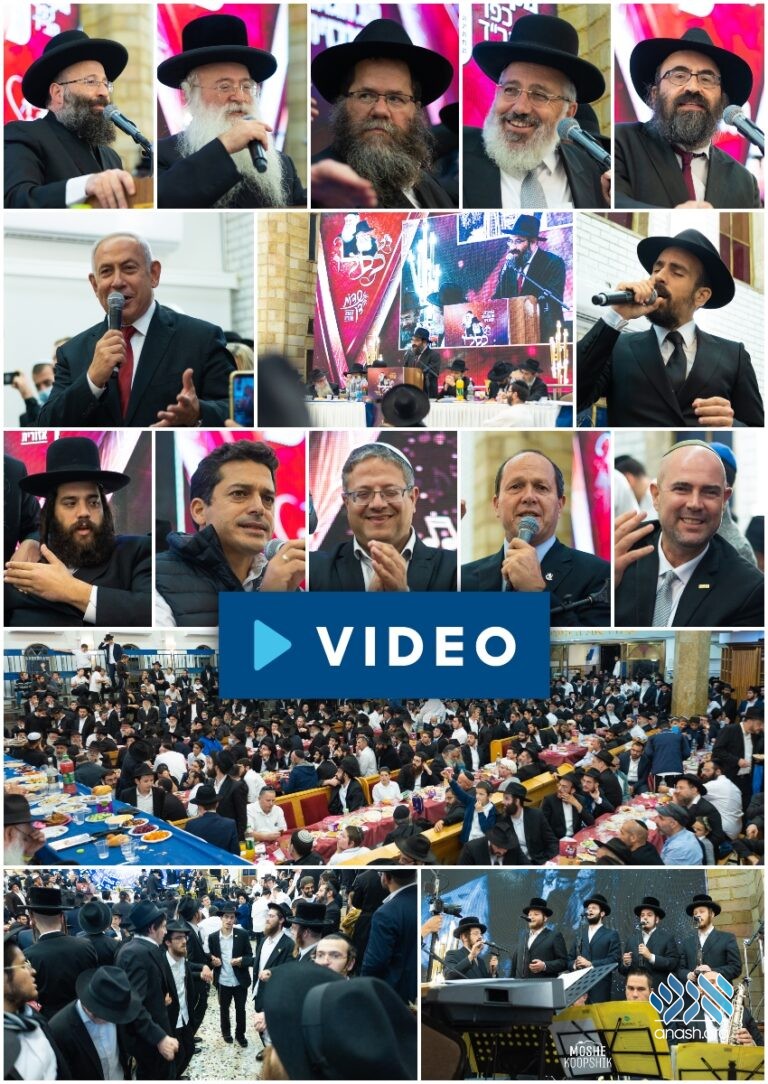 Thousands of Chassidim and non-Chassidim alike joined the central Yud Tes Kislev farbrengen held Tuesday night in Kfar Chabad, celebrating the Alter Rebbe‘s release from Czarist prison, and the start of a new era in spreading the wellsprings of Chassidus.

The annual event was organized by the Kfar Chabad regional committee headed by Rabbi Shimon Rabinowitz and was addressed by Rabbonim and shluchim from around the world.

Former Prime Minister Bibi Netanyahu was invited to address the farbrengen. The Likud Chairman spoke about visits to the Rebbe and how the Rebbe’s words still inspire him till today. He also shared they he had just arrived from comforting the family of Eli Kay, a young Lubavitcher who was murdered near the Kosel on Sunday morning.

Rabbi Mendy Cohen, regional director of Chabad of Sacramento, California, and author of the Sefer Margolis Menachem, delivered the keynote address. Rabbi Cohen stressed the need for every individual to use their unique talents to spread the light of Chassidus.

The daled bovos of the Alter Rebbe was sung by Nemuel Harroch accompanied by the Chabad Chassidim Choir conducted by R’ Shia Segal, and Mona Rosenblum‘s orchestra.