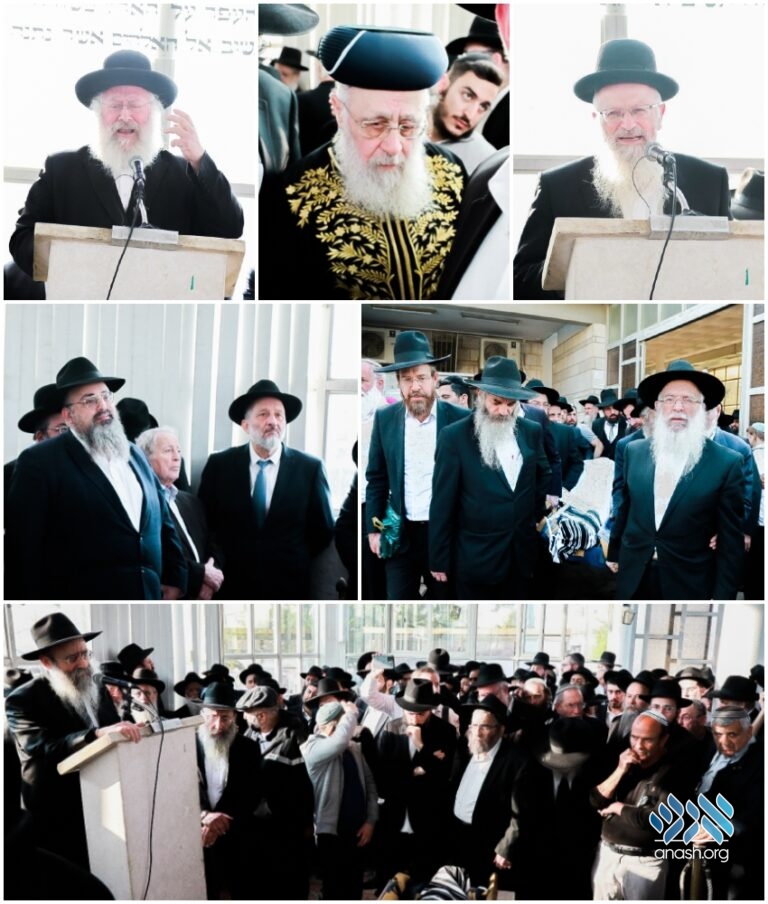 Members of the Chief Rabbinate of Israel, led by Chief Rabbi Yitzchak Yosef, Chabad rabbis, and government officials attended the levaya of Rabbi Shimon Elituv, which was held Wednesday in Yerushalayim.

The levaya for Rabbi Shimon Elitov, rov of Mateh Binyamin Regional Council and one of the senior Chabad Rabbonim in Eretz Yisrael, was held Wednesday in Yerushalayim.

The levaya was joined by members of the Chief Rabbinate of Israel, led by Chief Rabbi Yitzchak Yosef, Chabad rabbis, government officials and the leadership of the Shas political party.

Rabbi Elituv served on the Chief Rabbinate Council, rabbi of the Mevasseret Zion community, and member of the Presidium Council of the Alliance of Rabbis in Islamic States. He also served for ten years as rabbi of the Syrian Community in Buenos Aires, Argentina.