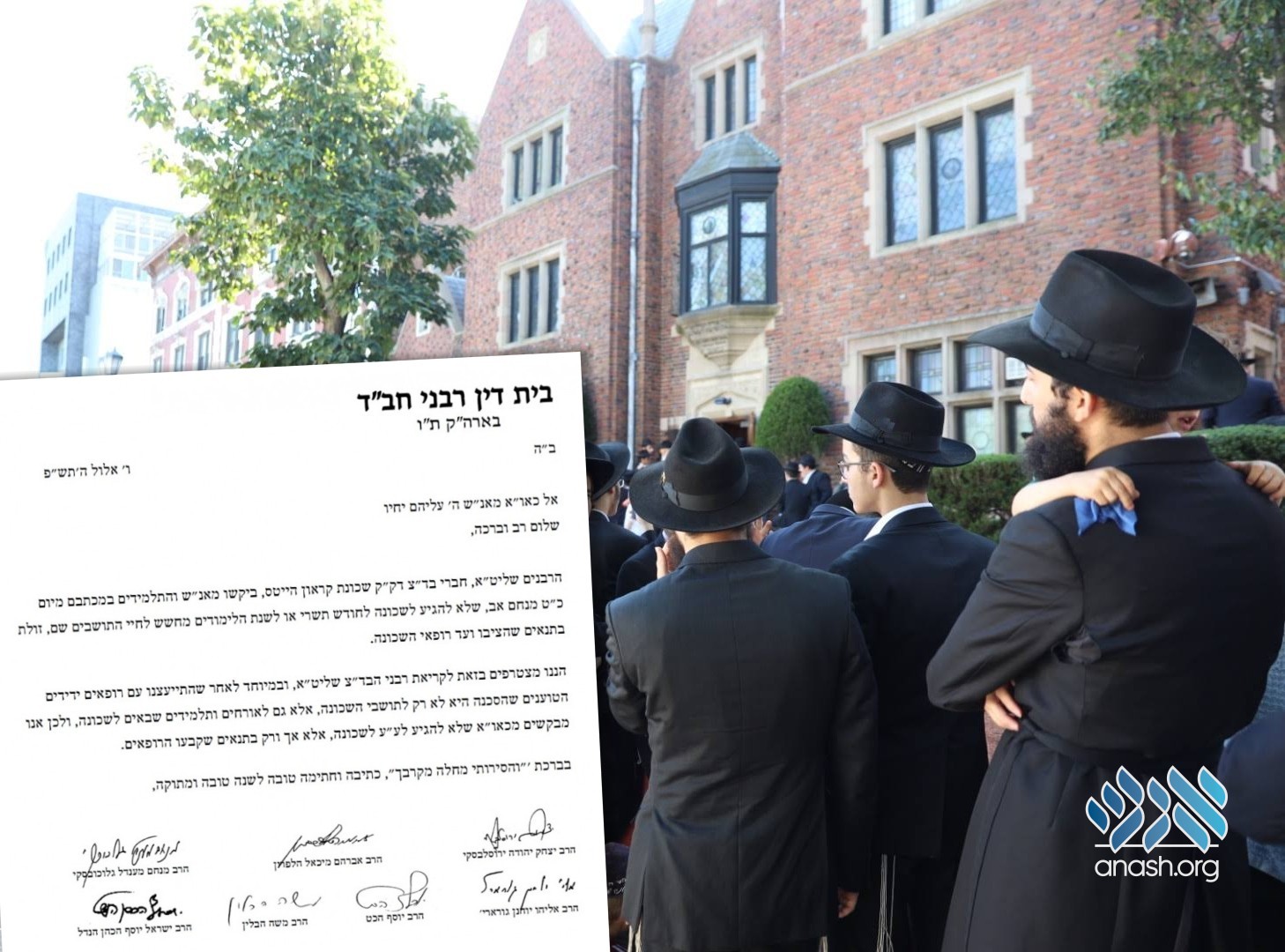 The Beis Din Rabbonei Chabad of Eretz Yisroel is calling on Israeli Lubavitchers to heed the Crown Heights Beis Din’s call not to visit the neighborhood for Tishrei.

The Beis Din Rabbonei Chabad of Eretz Yisroel issued a letter calling on Israeli Lubavitchers to refrain from visiting Crown Heights for Tishrei, except under the conditions set by the Rabbonim and doctors.

“The Rabbonim of the Crown Heights Beis Din requested from anash and bochurim that they not visit the neighborhood so as not to cause danger to the residents, unless under the conditions set by the community doctors,” they wrote.

“We join in their call, especially after we consulted with doctor-friends who stated that the danger is not only for the Crown Heights residents, but also for the visitors,” they wrote.

The letter from the Crown Heights Beis Din, published on 29 Av, strongly discouraged visiting the neighborhood “for the foreseeable future.” It also requested that no calls be made to the Beis Din requesting exceptions, as none would be given.

The letter had followed guidelines issued by the Gedaliah Society and Dr. Eli Rosen that had asked that visitors should only come if they have proof that they have been previously ill with the virus.

“Quarantine, either in Eretz Yisroel, NYC, or elsewhere, will NOT be an option,” they said.