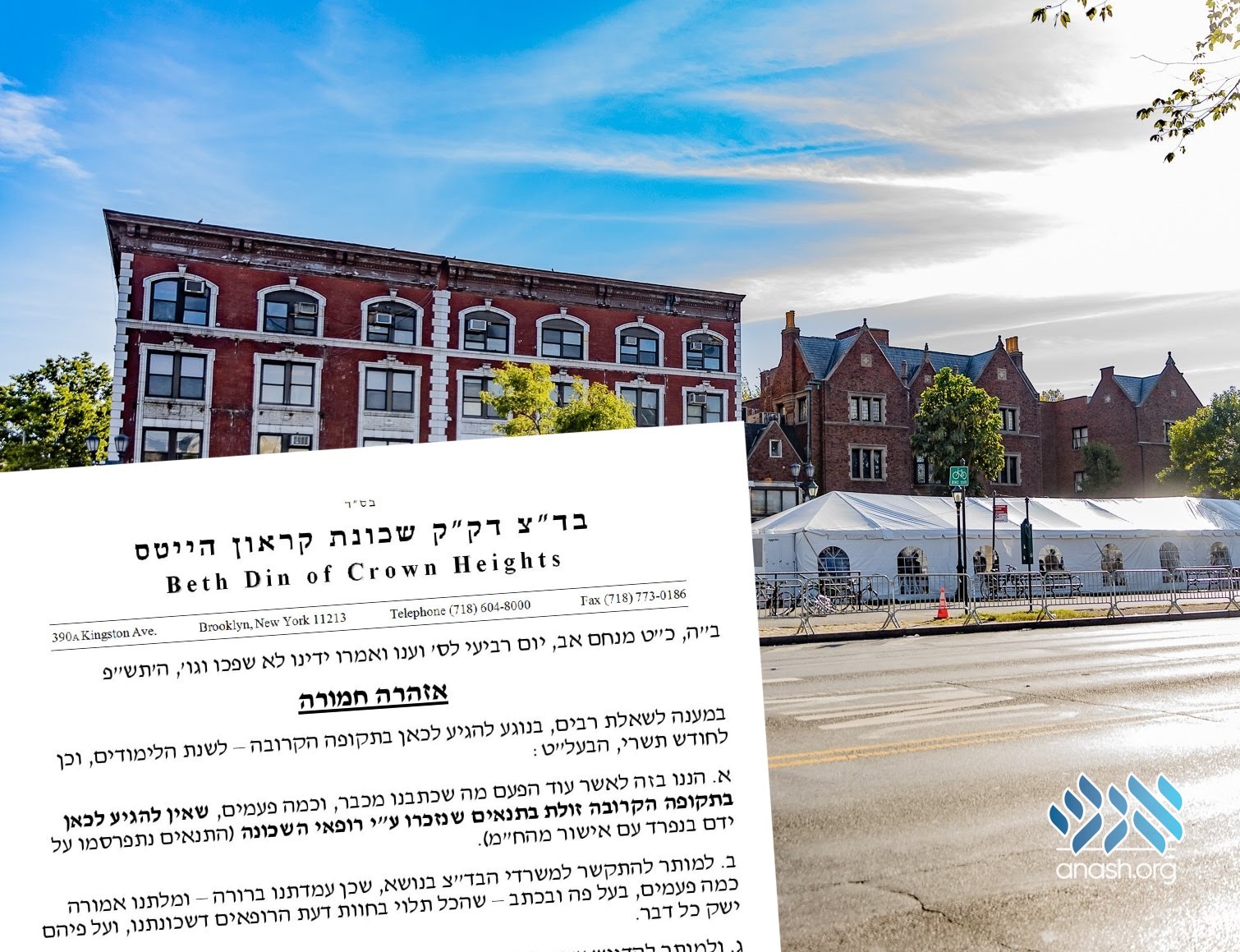 The Beis Din of Crown Heights issued a letter strongly discouraging visits for Tishrei or for yeshiva, except as allowed by local doctors. They also asked not to call and ask for exceptions.

The Beis Din of Crown Heights issued a letter on Thursday strongly discouraging visits for Tishrei or for yeshiva.

The letter, signed by Harav Avraham Osdoba and Harav Yosef Braun, was issued in response to many who requested permission to travel to Crown Heights.

“We reiterate what we wrote many times that one should not visit Crown Heights unless under the conditions specified by the local doctors,” they wrote.

The statement of the Beis Din follows on the heels of guidelines published by the Gedaliah Society and Dr. Eli Rosen on Wednesday that one may only visit Crown Heights if they had a positive viral test dated more than 10 days prior to arriving in Crown Heights, or positive antibodies.

The guidelines were backed by the Rabbonim, who wrote a short letter affirming their support. The letter issued on Thursday elaborated more on that topic.

In response to the many inquiries regarding visiting Crown Heights, for the coming school-year and for the Tishrei season:

May it be the will of Hashem that we merit the fulfillment of the beracha “All of the sickness that you have known will never reach you” and there should not remain even a remnant of this sickness, as if it was never here, with the coming of Moshiach Tzidkeinu, Mamash now!