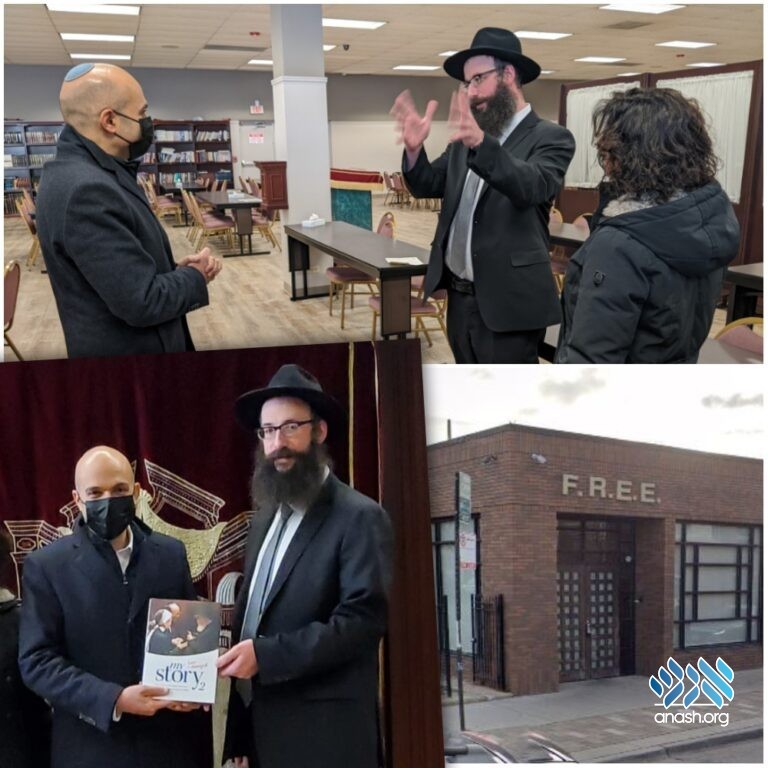 Israeli Consul General to the Midwest Yinam Cohen visited Jewish institutions in Chicago that were recently the target of anti-semitic vandalism, including The Bellows Center – F.R.E.E. of Chicago and Congregation Bnei Reuven.

The Consul General was accompanied by Alderman Debra Silverstein, who together with the Chicago Police, was instrumental in the quick arrest of the offender.

About 2 weeks ago, a swastika was spray painted on the outer wall of The Bellows Center, headquarters of F.R.E.E. Synagogue and Bubby Fira’s Food Bank. Just minutes later, a young Jewish man was tackled on the way to evening services.

The incident was particularly disturbing since it took place while members were inside the building, packing hundreds of meals for local families in need, mainly immigrant seniors from Russia and Holocaust survivors who experienced the life-threatening effects of antisemitism in their lives.