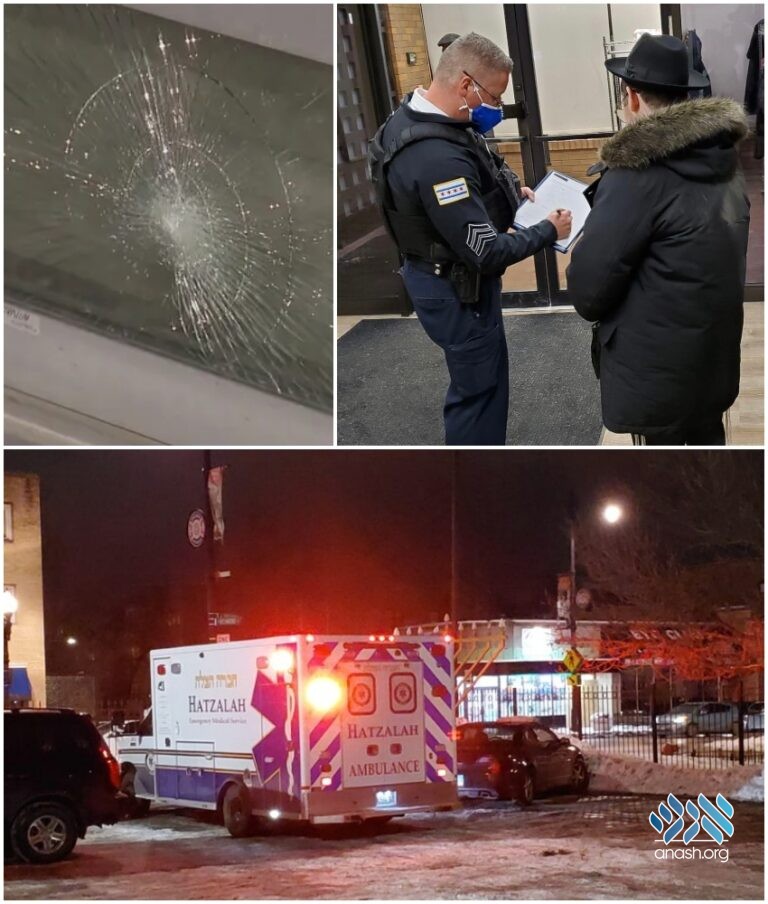 A Chicago Chabad House and Jewish school were defaced with swastikas and antisemitic graffiti on Sunday. On Shabbos 2 supermarkets had their windows smashed.

The Jewish Community in West Rogers Park, Chicago was hit by a string of antisemitic attacks over the past 2 days.

On Sunday afternoon, a swastika was scrawled on the wall of F.R.E.E. of Chicago and on the Hanna Sacks Bais Yaakov High School. Both are located in the West Ridge neighborhood.

Later that evening, a young man was tackled and thrown to the ground while walking to Shul for Mincha. The victim was treated by Hatzolah and thankfully did not require hospitalization.

“I want to thank law enforcement, they did a tremendous job,” said Rabbi Levi Notik, who directs FREE. “They were here very quick, had detectives here in minutes. Police already have one person in custody. It was incredible,” he said.

Chicago Police took a suspect into custody and are investigating whether this individual is responsible for the attacks.