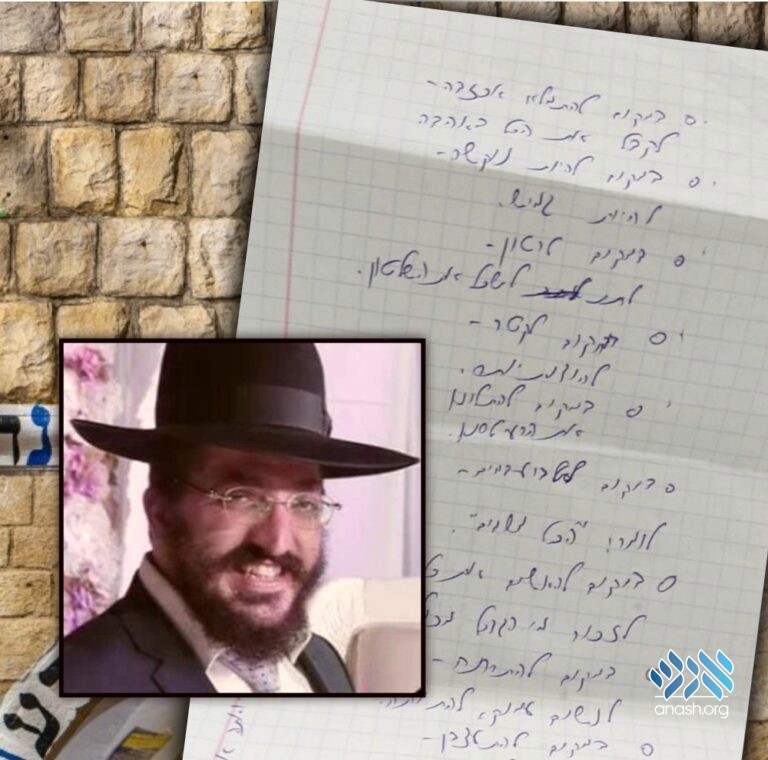 On the evening of Lag BaOmer, just a few hours before the tragic event that claimed his life, Rabbi Shimon Matlon shared an envelope with a friend, instructing him not to open it until Sunday.

As night fell on Thursday, and Lag BaOmer spread its joyous light throughout Israel, Rabbi Shimon Matlon shared an envelope with a friend, instructing him not to open it until Sunday.

Later that night, Shimon was among the 45 men and boys who lost their lives in the tragic crowding in Meron.

As revealed by Israeli journalist Yossi Elituv, the envelope contained a single sheet of paper with the following lines (roughly translated from Hebrew):

Instead of being filled with disappointment,
Accept everything with love.

Instead of being rigid,
Be flexible.

Instead of complaining,
Let your mind be in control.

Instead of harping,
Be more grateful.

Instead of seeing problems,
Filter out negativity.

Instead of drowning in water,
Know it’s all from G‑d.

Instead of blaming everyone,
Remember Who is the greatest of all.

Instead of getting angry,
Take a deep breath and stretch.

Instead of being upset,
Exercise your faith.

Instead of choosing darkness,
Choose the full half of the glass.

Instead of sinking into despair,
Remember that everything is a test from G‑d, Who saves.

Because G‑d decides what’s going to happen,
But you decide what your attitude will be.

A Charidy campaign has been launched to support Rabbi Matlon’s family. Click here to participate.