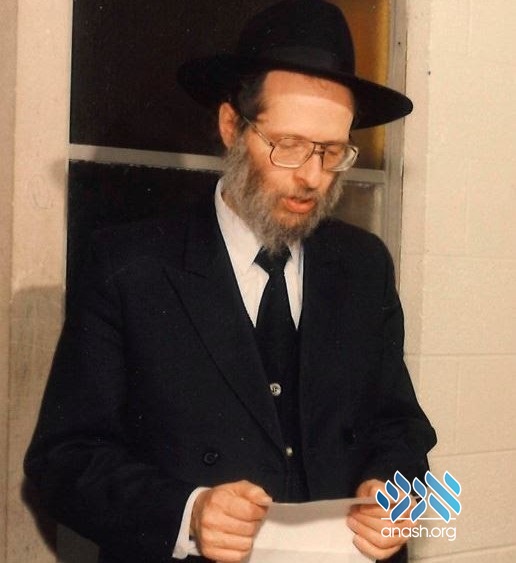 An Israeli bochur at our Sukkos meal shared an experience he had while on mivtzoim, standing outside a subway station on Atlantic Avenue, offering people the opportunity to do the mitzvah of shaking lulav and esrog. An elderly woman, thrilled to see them, asked with excitement, “Who is the ushpeez tonight?” He was touched to see such pure excitement in a woman who seemed so removed from Yiddishkeit.

We asked the bochur how he communicated with people, since he doesn’t speak English at all. “My friend taught me, ‘Excuse me, you Jewish? You have shake lulav?’” he explained. That’s all he needed.

He was inspired by the woman he met, and we were inspired by him. He had every reason not to put himself out there in a foreign land and an unfamiliar language, but he knew there was a mission to accomplish.

To those familiar with Chabad, this is not so unusual. We often witness this kind of dedication. But how this boy got there taught me something which is perhaps less popular.

Five years ago, my wife and I were expecting to host a few guests the first night of Sukkos, but one by one, at the last minute, they all canceled. Knowing that there are always bochurim who can use an invitation, I went to 770, and out of the thousands flooding the streets I approached a small group and invited them. They graciously accepted.

As we walked home, I politely asked their names, none of which sounded familiar. Then they asked for my name. When I said Lipskier, one of them asked if I’m related to Rabbi Fitzi Lipskier a”h who taught in Morristown. “He’s my father,” I responded.

Utterly shocked, the boy said, “My name is Yosef Yitzchak. I’m named after your father!”

“And my name,” beamed his twin brother, “is Dovid! I’m named after your father’s colleague from Tiferes, Rabbi Wichnin.”

I felt like I was walking on clouds the rest of the way home.

Our disappointment at our guests’ cancellation was soon replaced with the joy of having these boys at our table. My wife and I felt as if my father had joined our Sukkah. As it turns out, their father had studied in Morristown and felt a strong connection to my father and Rabbi Wichnin, both of whom left this world too early. He had passed on more than the just their names though; the boys knew a tremendous amount about their namesakes and what they stood for. They led us in my father’s favorite nigunim and were insatiable for more stories about him.

Over 20 years since his passing, my father’s influence was still going strong.

Episodes like this help me understand a medrash on Parshas Bereishis (Bereshis Rabbah 16:3):

Many rabbis and teachers become blinded by the desire for glory. They want to be popular; a sensation. And today, with modern technology, it’s easy to market yourself as one. It’s tempting to make noise in an effort to get noticed. But this noise doesn’t last as long as the fruit born of still, dedicated waters.

My father was a committed educator; he didn’t seek sensation or popularity. Now, 25 years after his passing, his “fruit” testify to his accomplishments. An Israeli bochur stood proudly on the streets of Brooklyn asking people if they “have shake,” a common practice for a chabadnik, and for the spiritual grandchild of a chabadnik.

Tishrei is the time for new resolutions. Let’s resolve to not get distracted by the hype and excitement of sensational noise. Go for what’s real. Be real. And do what you can to produce real fruit.

To subscribe to Rabbi Lipskier’s emails, send an email to thebeismedrash@gmail.com