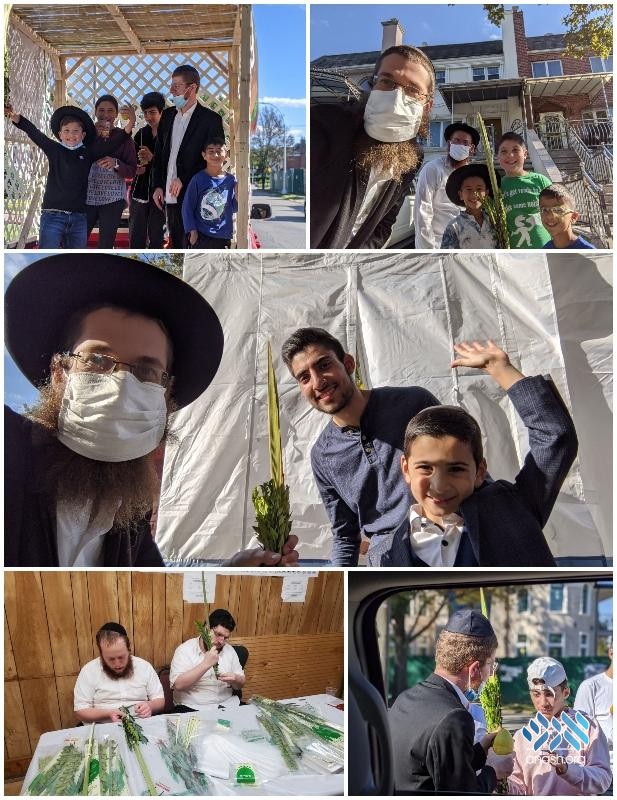 Over the past month, hundreds of public school children had the chance to fulfill the special mitzvos of the Tishrei holidays thanks to a team of dedicated bochurim and the Release Time program.

By Motti Wilhelm for Release Time

Over the past month, hundreds of public school children had the chance to fulfill the special mitzvos of the Tishrei holidays thanks to a team of dedicated bochurim and the Release Time program.

Over the last 80 years, the Release Time program has provided tens of thousands of Jewish public school children with an hour of pure Jewish education once a week. The program has continued uninterrupted over the decades, persevering through a US Supreme Court lawsuit and a host of other challenges.

This past year, however, Release Time was presented with a challenge unprecedented in its history. The coronavirus was shutting public schools across New York and instructors were unable to gather the students for classes. It seemed that it would be the first time since the program’s founding that it would have to take a break.

Yet, with a bit of creativity and a lot of hard work, Release Time did not stop. Instead it quickly transformed into a virtual experience. Rather than slowing down, the program continued full force in online classrooms, launched a daily tefillin raffle, and even celebrated a few bar mitzvahs.

As the new school year began, the administration of Release Time realized that the challenge was not yet overcome. The New York Public School system is only partially open in-person, with a complicated system having each student attend school only once or twice each week. This system effectively barred the possibility of in-person Jewish instruction as well, and with the exception of one school, Release Time continued online.

But then the month of Tishrei approached. As much as the online classes were effective, one could not use them on Rosh Hashana to sound the shofar, nor could one deliver sets of Daled Minim through a virtual setting. A way had to be found to reach the children at their homes and bring them the mitzvos of the month.

After a meeting between the administration and the bochurim, a plan if action was formulated. Before or on each Yom Tov, the bochurim would search the vast files of Release Time and extract the home addresses of the children. This would allow them to travel to their houses and bypass the tedious Public School system.

On the second day of Rosh Hashana, the hard-worked plans were finally implemented. After davening and hearing tekios in 770, the bochurim made an express minyan for mussaf and mincha, and then made a quick stop in Rubashkin’s house on President for a short Yom Tov meal. They continued on to the Release Time headquarters to get masks, maps and shofaros before heading out to tens of locations in Rego Park and Fresh Meadows. By the end of the day the bochurim had blown shofar for close to 600 people!

After the immense success of the Rosh Hashana mivtzoim, there was no question that they would continue the program on Sukkos as well. In the days preceding Yom Tov, tens of lulavim and esrogim were brought to headquarters on Eastern Parkway where bochurim made over 75 ready-made sets to distribute to Release Time families. On Erev Yom Tov those sets were delivered to families in all five boroughs of New York City.

Release Time wasn’t satisfied with that, however. On Sunday, the second day of Sukkos, bochurim once again headed out to areas near Crown Heights, to give even more families the opportunity to do the mitzvah. Another 200 Yidden got to shake lulav and esrog thanks to them.

Chol Hamoed wasn’t going to be used for some long-deserved rest either. A Sukkah Mobile was built and began heading to areas where the Release Time children lived. Each day of Chol Hamoed saw close to 100 additional children and family members granted the opportunity to eat in the Sukkah and shake the lulav and esrog.

“It was truly amazing to see the joy on the children’s faces when a Sukkah on wheels pulled up in front of their house,” said Avremi Raichik, one of the organizers. “Many of the children are from families who would normally go to shul or mark the Yom Tov in some way, but were unable to this year due to health concerns. The mivtzoim on Rosh Hashana and Sukkos gave them that yearned-for connection.”

“A big thank you goes to bochurim Naftoli Wilhelm, Avremi Raichik and Shneur Zalman Wechter, who gave hours of their time to ensure that the programs would be a success,” said Yehoshua Shneur, Release Time coordinator. “It was only thanks to their dedication that hundreds of children and their families were able to start off 5781 on the right foot.”