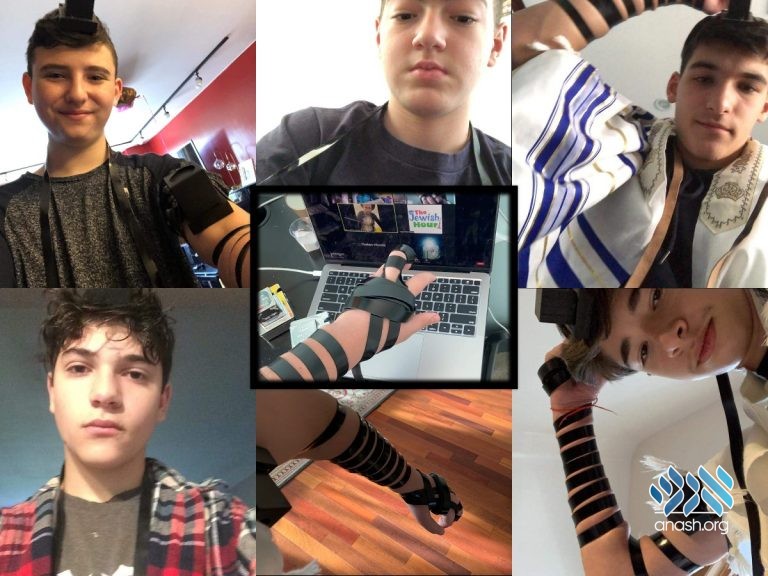 When coronavirus shut down public schools, Release Time program quickly adapted to an online settings. Finding out that a student was turning 13, they arranged him a virtual Bar Mitzvah, and many other boys followed suit soon after.

Educating Jewish children in public school is what Released Time has been doing for the last 80 years. Each Wednesday, during the last hour of the day, instructors head out to the public schools to pick up their students and teach them Torah. Snow, heat or sleet, and even flat tires, would not prevent the dedicated instructors from providing these yidishe kinderlach with Jewish Education.

This year a never-before challenge arose; public schools abruptly closed their doors, in the middle of the school year. How will Released time reach their students now?

Rabbi Shazak Zirkind, Released Time’s director, along with a team of dedicated instructors, without hesitation, turned this challenge into an opportunity. They quickly devised a program that will bring the yiddishkait to the children – in their homes. Under the guidance of Rabbi Yehoshua Shneur, video-conferencing classes, along with a masterful, tailored, new curriculum by Izzy Adelist to fit this new method of communication were quickly set up and put in place.  Jewish themed arts and crafts and prizes began being sent, weekly, to their homes.

A teffilin group has also been formed via video-conferencing. Every day Bar Mitzvah aged boys put on teffin in their homes and join their instructor for the davening.

Additionally, knowing the impact of COVID-19 on New York, a special effort was made to reach each of the 1000 affiliated Released Time families to find out their wellbeing.

Not surprising, this new form of reaching the students proved to, in many ways, be more impactful than the traditional classroom. In the homes, classes draw far more participants than the children attending primary and intermediary schools. Now, mothers, fathers, preschool siblings, school graduates and even sometimes grandparents take part as well! It is not uncommon to have 7 participants joining from one home.

Furthermore, as a result of the dedication of the Released Time instructors in this structure of in-home Yiddishkait. A mother from P.S.175 said she and her daughter started lighting Shabos candles and another mother from P.S. 225 related that she started baking challah for Shabos.

Released Time’s coordinator Rabbi Saydya Engel described the quarantine Bar Mitzvah as “heartwarming”. During one of the wellbeing phone calls to the parents, a mother said that her son is turning 13 but due to the situation the Bar Mitzvah is cancelled. It was explained to the mother that though the celebration was cancelled, her son can still celebrate being Bar Mitzvah by putting on teffilin every day. Swiftly, teffilin was sent to the child and the child joined the daily Released Time teffilin video-conference club.