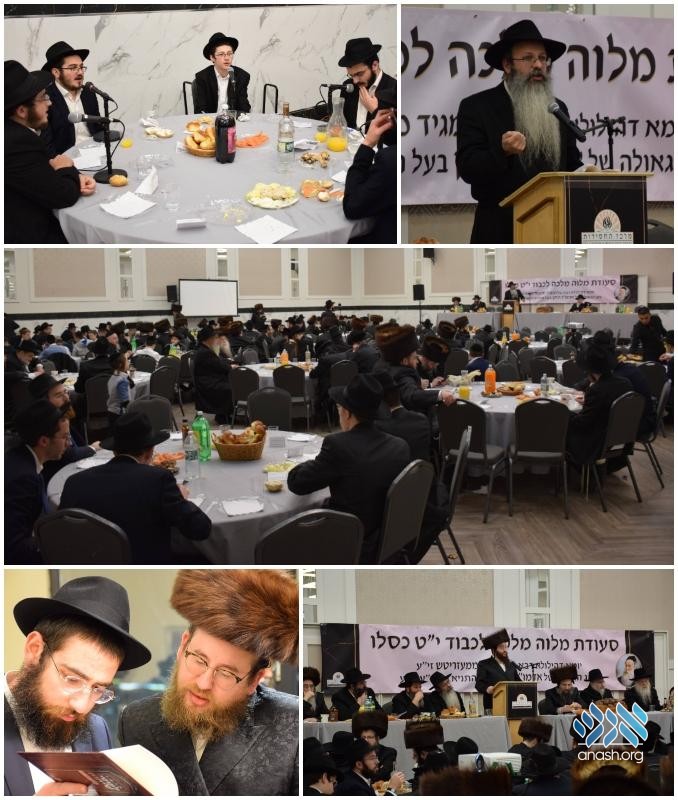 A melave malka marking Yud Tes Kislev in Lakewood was attended by hundreds of local residents and was addressed by Rabbis Aron Ginsburg, Sholom Mordechai Rubashkin, and Dovid Moishe Meisels.

A melave malka celebrating the Chag Hageulah of Yud Tes Kislev was held in Lakewood last week, and was well attended by hundreds of local residents, representing the wide range of communities in the well-known city.

The farbrengen was hosted and arranged by Heichal Hachassidus of Lakewood, a center for the study of Chassidus in the city renowned for its Litvishe yeshivos. The center was established 4 years ago by Rabbi Chaim Meislish, a grandson of one of the renowned rabbonim of Satmar, and has already seen great success. They recently bought a new building where they hold numerous shiurim throughout the week. They also have an evening kollel that focuses on the study of chassidus.

One of the highlights each year is the annual Yud Tes Kislev farbrengen, which took place this year as well, despite all the challenges presented.

Addressing the farbrengen were local rabbonim, and guest speakers Rabbis Aron Ginsburg, Sholom Mordechai Rubashkin, and Dovid Moishe Meisels. In between the speeches, heartful niggunim were sung by the Sasonkin brothers choir.

In addition to the farbrengen, a grand sale of Chassidus Seforim was held outside the hall, where attendees had the opportunity to purchase seforim of the Alter Rebbe and the Rebbe at discounted prices.