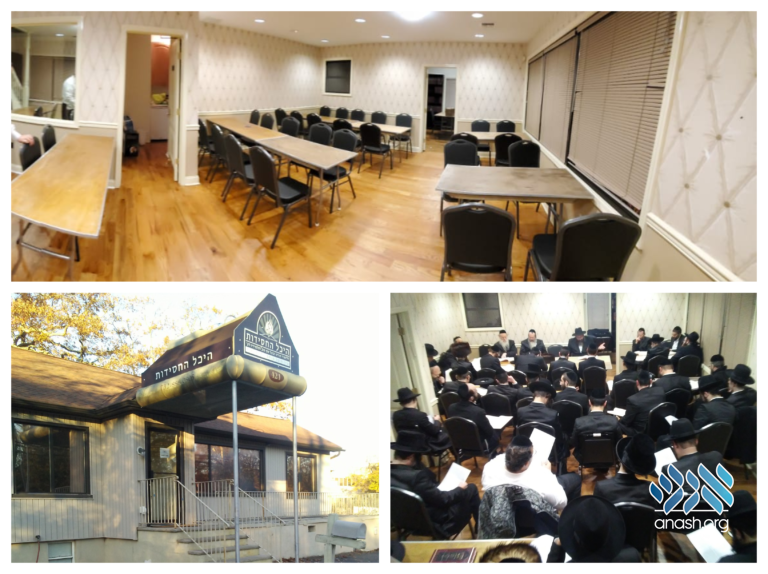 Heichal Hachassidus of Lakewood opened a new center this past week, enabling them to expand their activities and host many more by shiurim.

Heichal Hachassidus of Lakewood recently acquired a new building to accommodate the growing crowds showing up by their doors. The new location has a spacious hall, with enough room for tens of people to comfortably sit and participate in a shiur in chassidus or a farbrengen.

Heichal Hachassidus was established just 3 years ago by Rabbi Chaim Meislish, a grandson of one of the renowned rabbonim of Satmar, and has already seen great success. They host numerous shiurim per week, many times bringing down a guest maggid shiur to draw a larger crowd. In addition, they also have a evening kollel focusing on the study of chassidus.

The Heichal also hosts farbrengens on chassidishe yomim tovim with the highlight of the year being the grand farbrengen on Yud Tes Kislev. The plans for this year’s farbrengen are already underway.

The new center hosted its first shiur this past Motzei Shabbos. Taught by Rabbi Leima Wilhelm of Morristown, the weekly Torah Ohr shiur this past week drew more participants than usual. The shiur ended off with a lively dance to the song of “eimosai k’osi mar”, celebrating the new bastion of chassidus in Lakewood.