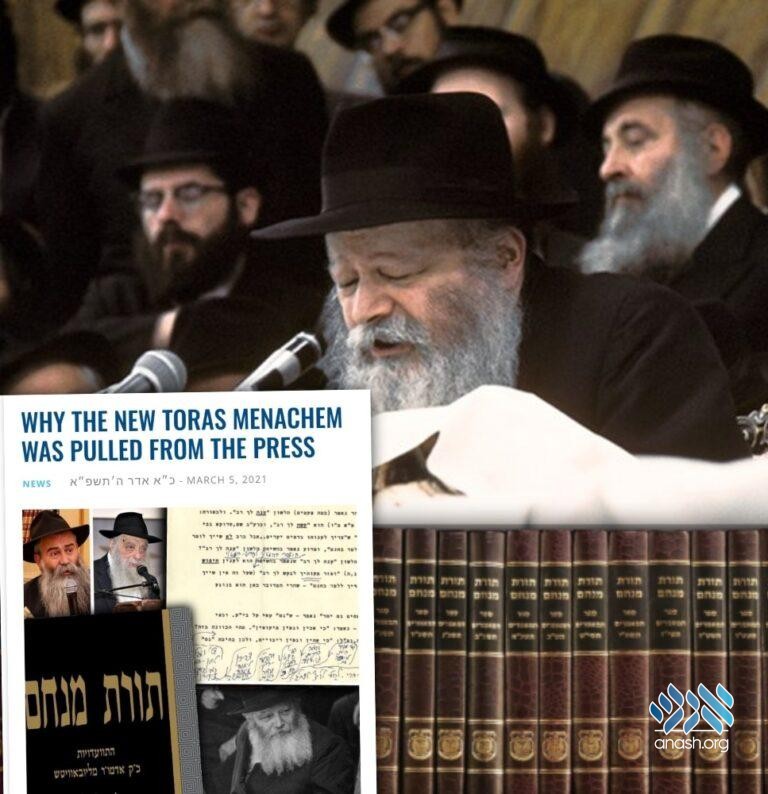 During their weekly learning class, a group of Chabad businessmen were exposed to the sensational discovery published here at the beginning of the week. As a result, they decided to give to the Rebbe a gift on the occasion of 11th of Nissan, to bring the Rebbe’s Maamorim to every home.

Every week, a group of Chabad businessmen close their phones, leave their business deals behind, and delve into a Maamar of the Rebbe. These ninety minutes each week are extremely important to them, and they’ve managed to learn a great many Maamarim in recent years.

In the most recent class, one participant shared the amazing story that was publicized on Anash.org about the Rebbe’s answer that surfaced after 47 years and stopped the printing of Toras Menachem in its tracks.

The listeners were amazed, but this fellow wanted more. He gathered a group of supporters and next day they made an offer that Lahak couldn’t refuse. “We want every Chassidishe home to own a set of the Rebbe’s Maamarim.” The surprise was in the details: “We are ready to subsidize 71% of the cost. The buyer will pay only 29% of the cost of his set.”

Very quickly, the campaign kicked off. It began on 25 Adar, Rebbetzin Chaya Mushka’s 120th birthday, and will continue through Yud Alef Nissan, the beginning of the Rebbe’s 120th year.

For Lahak, these weeks have another important milestone. This Yud Alef Nissan will mark 40 years since the founding of Lahak Hanochos. Since then, Lahak has brought the Rebbe’s Torah to an ever-widening audience, translated into Hebrew but preserved in the Rebbe’s original format of delivery. Today, more than ever, countless Jews have the ability to study the Rebbe’s Torah in its original format. The first hanacha that Lahak published in an official form was the Rebbe’s farbrengen of Yud Alef Nissan 5741.

Only the first 770 sets will be subsidized, so hurry and order your set now at www.lahak.org/sale

This sale is unique, says Rabbi Chaim Shaul Brook, the director of Lahak Hanochos. “Although life is slowly coming back to normal, there are many people that cannot make it to pick-up locations in Crown Heights or Kfar Chabad. Therefore, for a small additional price, delivery will be available throughout the United States and Israel.”

What about Anash in the rest of the world? “We will be sending organized shipments to contacts in nine central locations: Paris, Moscow, London, Manchester, Sydney, Melbourne, Toronto, Montreal, and Johannesburg.”

When placing your order, please make sure to choose your most convenient option: 1. Pick up in Crown Heights or Kfar Chabad. 2. Delivery to your doorstep in the United States or the Eretz Yisrael, 3. Shipping to a local contact in one of the international Anash communities.