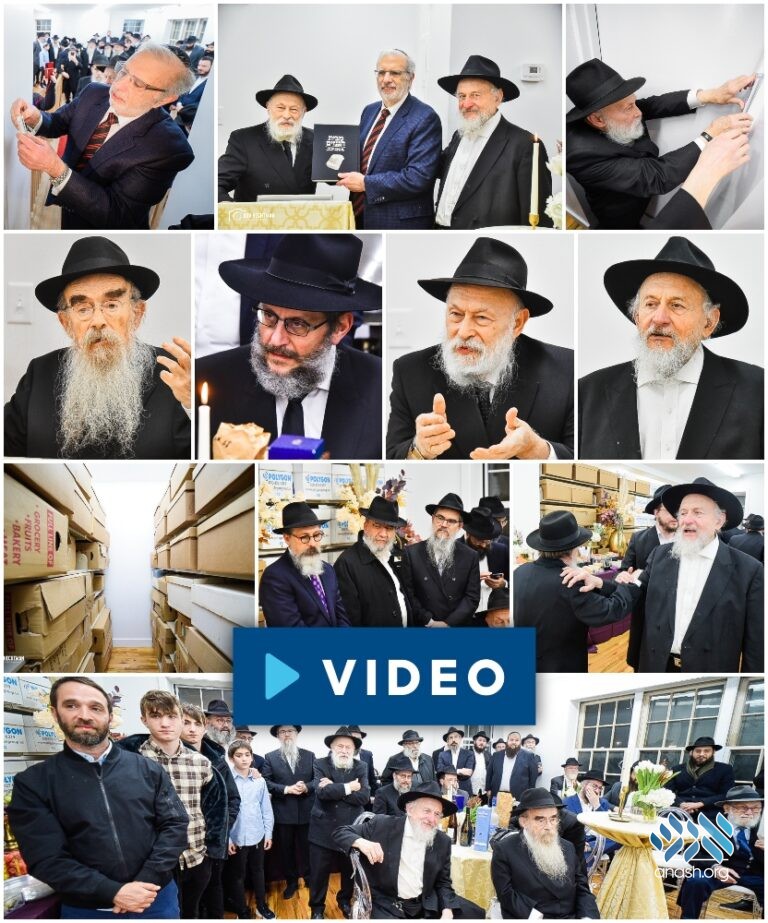 A new wing of the Central Chabad Library was dedicated on Wednesday evening, Hei Teves, in a small ceremony with donors and individuals connected to the library. The event concluded with the placement of mezuzahs on the entrances.

A new wing of the Central Chabad Library was dedicated in a small, but historic event, honoring donors and attended by individuals connected to the library.

The event, celebrating the opening of a newly-built expansion to the Rebbe’s library, was held on Wednesday evening, the eve of the auspicious day of Hei Teves, the day on which the Rebbe was declared victorious in the court case over the Frierdiker Rebbe’s seforim. Following the victory, the Rebbe declared the day to be a yom segulah for everything connected to seforim and the library, and the dedication on that day was most fitting.

Attending the event were the librarians, heads of Chabad institutions connected to the library, prominent members of the Crown Heights community, and the donors who had funded the new wing.

Participants enjoyed an elegant spread and l’chaims, and were shown around the new wing, where boxes of thousands of seforim lined the bookshelves. In his speech, Rabbi Levine outlined some of the history of the library, and related how the constant flow of seforim necessitated the new wing.

New mezuzahs were then installed by R’ Yossi Popack, Rabbi Krinsky and Rabbi Shemtov on doors leading into the new wing.

The library is currently holding a campaign to help cover the many ongoing costs of conserving and maintaining th holy books, manuscripts and artifacts of our Rebbeim. All of us have the opportunity, and indeed the obligation to uphold the grand Chabad Library, and to ensure the next generation come to know its storied history, see the holy literature and artifacts, and take pride in what rightfully belongs, and will always belong to Chassidim.

Join the movement and read more about the activities and programs held at the library by visiting www.LibraryOfAgudasChabad.com