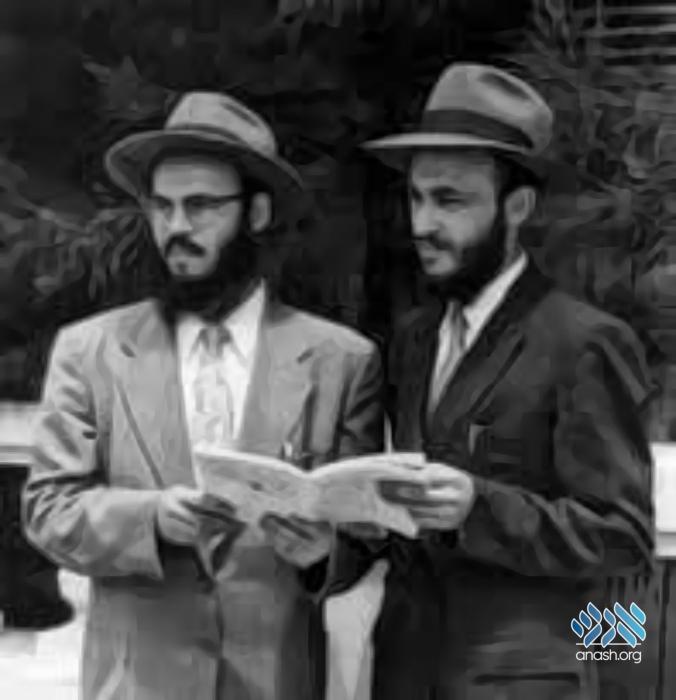 As a young bochur, R. Leibel Raskin wanted to leave Eretz Yisroel to learn by the Rebbe, but his request was denied. Left with no other choice, he tried an audacious move.

Reb Leibel Raskin was a young bochur learning in Eretz Yisrael, who desperately wanted to come to the Rebbe. He had the Rebbe’s permission to come, but he was of draft age, 20 years old, and needed a permit from the Misrad Habitachon to absolve him of army duty. For several months, he tried the regular channels but to no avail. They weren’t willing to allow him to leave the country.

In desperation, he decided on a bold move. He wrote letters to the president, the prime minister, and the defense minister, where he explained that a Rebbe is a spiritual father, and he, therefore, asked them to personally approve his petur so he could visit the Rebbe. When his friends heard about his audacious move, they berated him. “Who are you to start messing around with the prime minister? Your actions could have severe implications for the entire Chabad in Eretz Yisroel!”

Truth to be told, as Reb Leibel related, he wasn’t so sure that they were wrong. Nervously, he waited for a response.

It wasn’t long in coming. A letter arrived from Nechemia Argov, the military secretary of the prime minister, inviting him to his office in Yerushalayim.

When he arrived at the meeting, Argov was interested in hearing about his life as a religious Jew in Russia. Reb Leibel told him about the chinuch of Yeshivas Tomchei Temimim in Lubavitch, about the Rebbeim, and explained that he wanted to continue that tradition near the Rebbe in New York.

Argov was impressed. He told Leibel that the government was sympathetic to Chabad, because of the encouragement that Mr. Shazar had received from the Frierdiker Rebbe before the UN vote of 5707, and culminating with the founding of Kfar Chabad in 5709.

“I don’t know how you merited this,” he concluded, “but we decided to give you a petur for one year.”

Leibel related the entire story about the petur and his upcoming journey in a letter to the Rebbe, to which the Rebbe responded with a bracha that the journey should be “with hatzlacha gedolah.” On Friday, Erev Shabbos Parshas Nitzavim-Vayelech, just several days before Rosh Hashana 5714, Leibel arrived in New York.

“Finally,” Reb Leibel related, “the anticipated moment had arrived, and baruch Hashem I arrived to be near the Rebbe. I still remember my emotions during that first mincha. It was Friday, and the zal was empty. To my best recollection, I was the only visitor from Eretz Yisroel that Tishrei. I stood in the corner, under the clock, and saw the Rebbe for the first time during that mincha. It was the greatest geshmak I had ever experienced.”

For a tribute to R. Leibel Raskin and photos, click here.